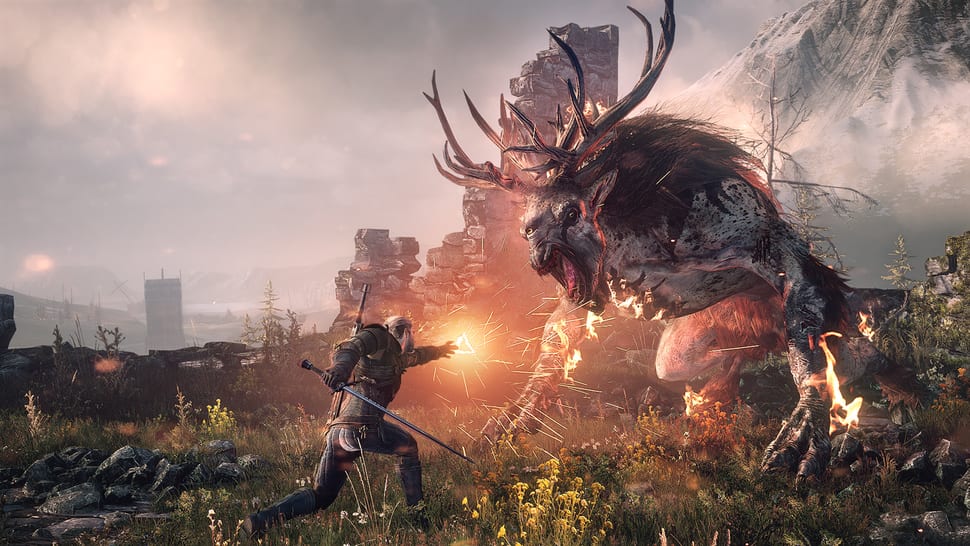 Not all of The Witcher 3’s quests involve dismembering Kikimoras and beheading cocky bandits. No, there’s plenty of the whimsical and lighthearted, too. That includes the Play’s the Thing, a quest that sees Geralt take part in a sting to cajole the doppler Dudu into revealing himself. It’s all a bit of a laugh, but also rather cryptic and difficult to determine which lines are best selected to achieve the desired result. So, here are all the correct play lines for The Play’s a Thing in The Witcher 3.

When this quest begins you’ll be presented with two different play genre options: tragedy, and comedy. Regardless of which you pick, you’ll be given the same five lines to speak during the play itself. The difference between the two is in how they end: picking a tragedy is the aggro option that will see the quest end in a fight.

Once you’ve made your choice you’ll be handed the script, so this is your chance to acknowledge the lines. Note that you won’t be able to check the script during the game.

All Correct Play Lines in The Play’s the Thing

We’ve copied the script below, so acting out the below lines will see you ace this quest. That means more experience and more money. Even if you completely botch the lines, though, Dudu will still show himself and the story will progress.

And that’s everything you’ll need to input all the correct play lines for The Play’s a Thing in The Witcher 3. For more useful tips and guides on the game, do check out our guide wiki page.

As you progress through The Witcher 3, you should be making sure your weapons and armor are up to scratch. We highly recommend taking the time to find the witcher gear when you’re given the opportunity to track treasure hunts like the Cat School or Bear School.