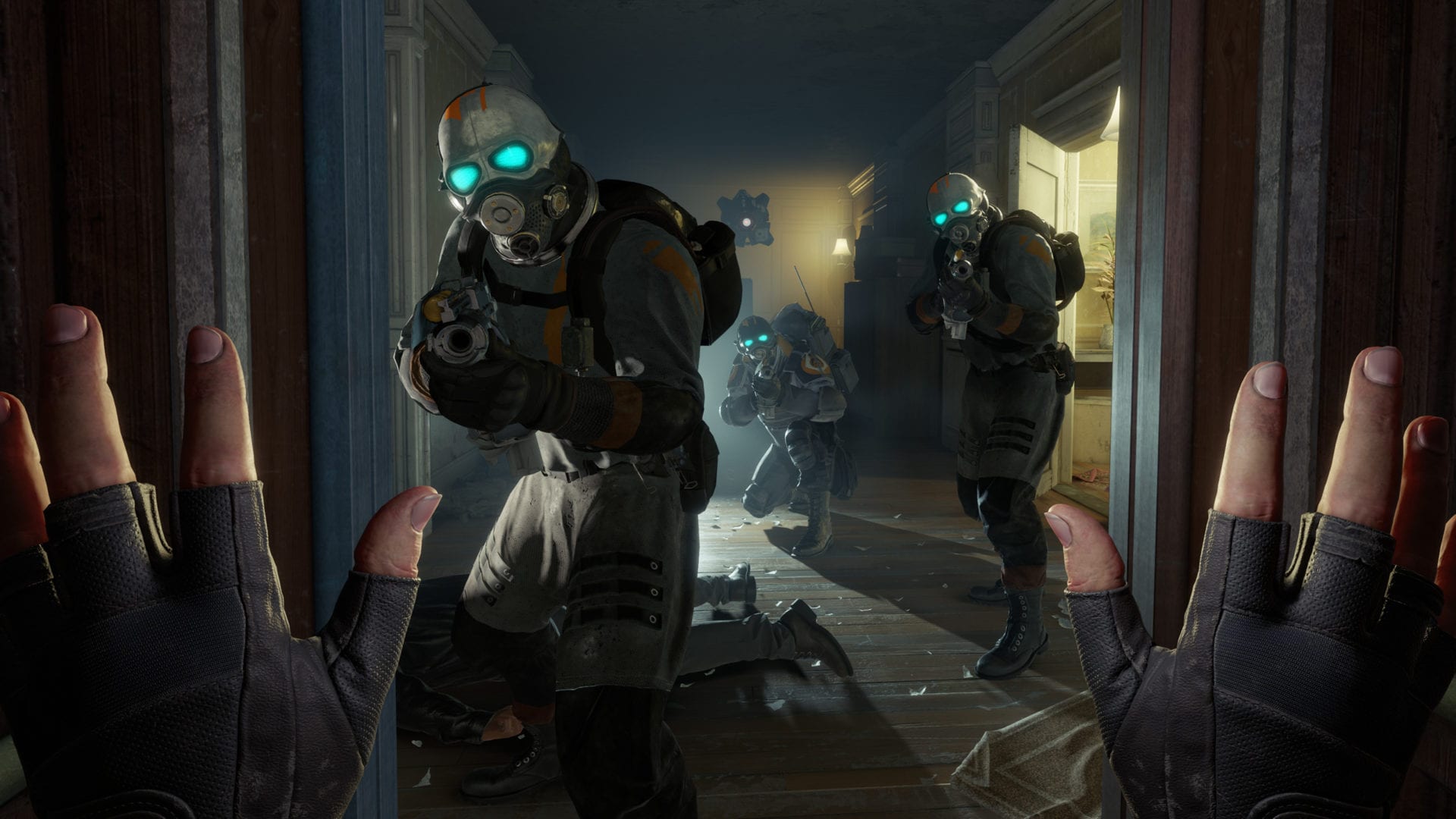 Valve held an Ask Me Anything (AMA) thread on the Half-Life subreddit earlier today to answer questions about its upcoming virtual reality PC title Half-Life: Alyx.

A mix of Valve designers, programmers, animators, sound designers, and artists took part in answering questions about the game. The thread is a departure from the company’s usual silence when it comes releasing new games, but gave some details about the game’s development and its challenges.

The developers said that Half-Life: Alyx had a staff of around 80 people, “the largest single team we’ve ever had at Valve,” and is expected to launch on its March 2020 release date.

The game is for the most part complete, and the team is currently polishing and fixing bugs. The developers even acknowledged Valve Time, the fact that the company has consistently delayed games, and said that it happened before they announced the game.

As for the game itself, the developers said Half-Life: Alyx is “comparable in terms of total amount of content” with Half-Life 2, and playtesters have been completing the new game in a similar amount of time.

Half-Life: Alyx also won’t stray from the franchise’s horror elements, and players will have to deal with jumping headcrabs in VR.

“If I’m testing the game, and I’m in an area where I know one of those things is around, I’ll remove the head set and hold it off my face as I attempt navigate on the 2d monitor screen, to lessen the impact of headcrab discovery,” wrote developer Tristan Reidford. “Disappointingly for me, it seems that I’m the only one on the team who can’t deal, we handle the scarier parts pretty well in terms of making the game accessible.”

Although, players will be able to grab a bucket in-game and cover a headcrab while it scurries around. Players will also be able to sit down while playing alongside a left-handed mode for accessibility.

The developers also talked about abandoning silent protagonists for future titles and having no plans to release a full SDK of the Source 2 engine.

Check out the full thread of questions and answers here. Valve recently made every official Half-Life game completely free on Steam for the next two months until Half-Life: Alyx launches.