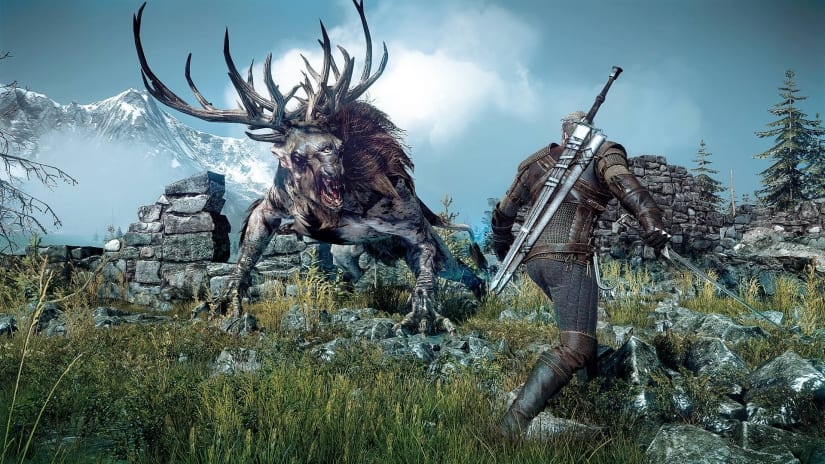 The Witcher 3: Wild Hunt has long been CD Projekt Red’s big cash cow, though its recent resurgence will surely have caught even the developer off guard. Nobody could have predicted that the popularity of Netflix’s The Witcher television series adaptation of Andrzej Sapkowski’s books would drive this many new sales for the game, but that seems to be exactly what’s happened. Over in the UK, The Witcher 3: Wild Hunt GOTY Edition has been creeping up the retail charts week-on-week and the last seven days have seen it almost breach the top ten.

Sitting at No. 12, the game has climbed eight places from last week on Ukie’s retail chart. Two weeks prior to that the game was at No. 38. It’s a dramatic rise that can only be explained by the uptick in interest in the franchise as a result of Netflix’s show, which the streaming service claimed to have been viewed by over 75 million people in a recent earnings report.

As noted by Gamesindustry.biz in its own analysis of today’s Ukie chart tracking, The Witcher 3’s renewed success comes at an excellent time for CD Projekt Red — only days ago the developer announced plans to delay its hotly anticipated RPG Cyberpunk 2077 by five months.

Given that it’s highly unlikely the developer would have forecasted the positive impact that Netflix’s series has had on its bottom line as a result of The Witcher 3 sales, you’d have to imagine it’s softened the financial blow of Cyberpunk’s delay.

Also notable is that over on Steam The Witcher 3 is listed as the storefront’s second-best seller right now, confirming it’s also been a big favorite during Steam’s Lunar New Year Sale.

In what is the last official update from the developer on The Witcher 3’s total number of sales, CD Projekt Red stated the game accounted for more than half of The Witcher franchises’ 40 million total sales. But that was before the launch of its Nintendo Switch port and the debut of Netflix’s own The Witcher adaptation.

Other key takeaways from the UK Charts this week is Dragon Ball Z Kakarot’s rise to top spot after its launch on Jan. 17. The open-world action game hasn’t enjoyed a standout critical reception, but it’s certainly proving a big seller. You can check out Ukie’s full top 20 here.

In related news, Netflix confirmed plans to release an animated The Witcher series to bridge the gap between season 1 and season 2. Elsewhere, the series’ popularity has created a demand for The Witcher books that publishing companies are struggling to meet.

Saitama KOs Everyone in One Punch Man: A Hero Nobody Knows Trailer