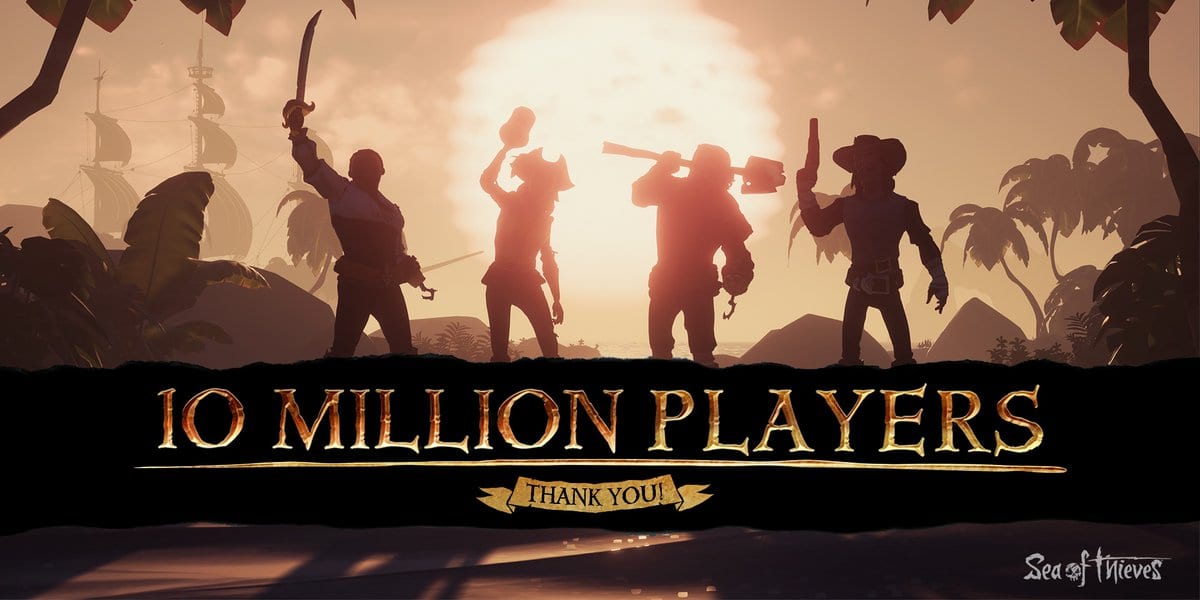 Developer Rare Studios is today celebrating a big milestone for its seafaring multiplayer game Sea of Thieves. 10 million players have sailed across its waves since launch, we’re told, as the team includes a note of appreciation.

Join us in a toast to the 10 million pirates who have ventured onto the Sea of Thieves looking for adventure, glory and a tall tale or two to tell their mates! Cheers to every single one of you, and thank you for joining us on this voyage! 🍻 pic.twitter.com/xXdCKb3Gx7

Sea of Thieves launch, if you remember, was mired by strong criticism of its lacking content and story offerings. But it’s since weathered the storm and continued to push forward with a number of expansions to keep players interested.

It surely sits alongside other live games like No Man’s Sky that have managed to survive thanks to a solid post-launch support plan. The most recent update saw the biggest content addition yet with Fort of the Damned, which is the Old Boot Fort location transformed with new challenges.

Moving forward, there are plans to potentially allow players to roleplay as a Gold Hoarder, a Merchant, or a bounty hunter from the Order of Souls, creating an interplay of factions within the world.

Sea of Thieves is available on Xbox One and PC, both as a standalone purchase and via Xbox Game Pass.