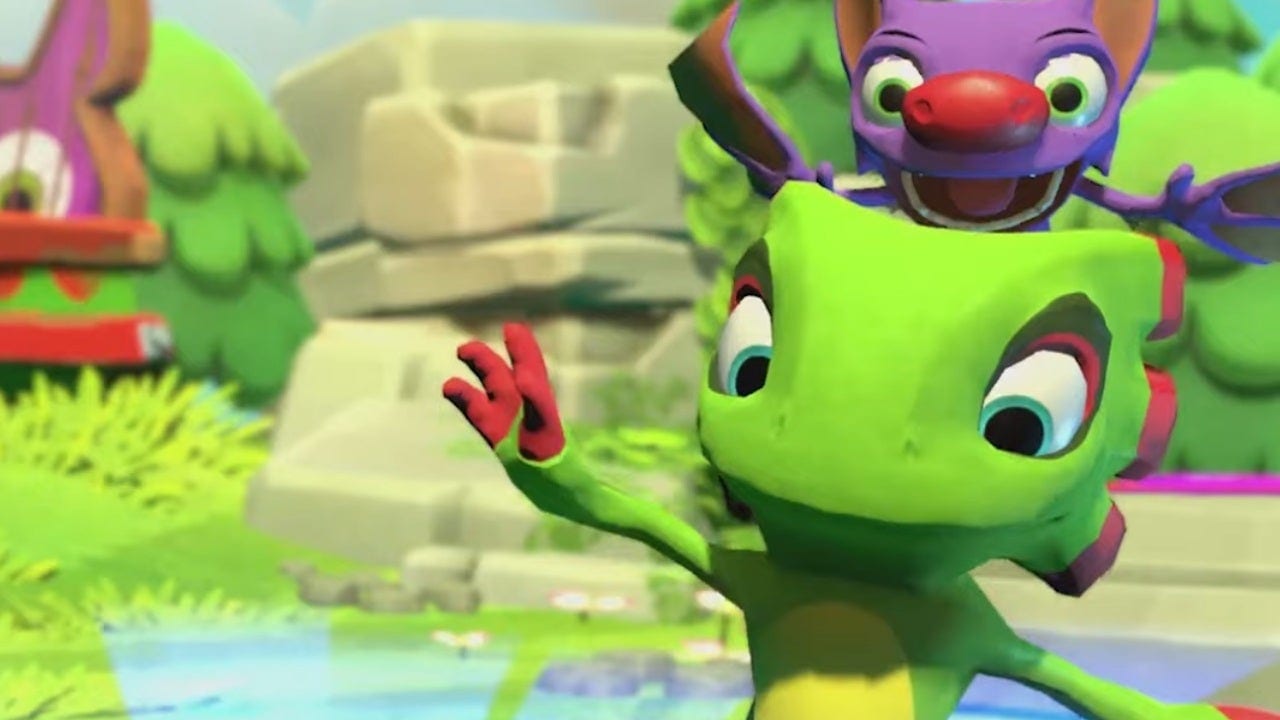 While the demo has no time limit, it is restricted to the challenging Impossible Lair level, the game’s first five levels (other than the Impossible Lair), a State Change that alters a level, Tonics such as Big Head mode, and a Pagie Challenge. That’s more than enough to help you decide if Yooka-Laylee and the Impossible Lair is worth a purchase.

Best of all, the demo includes a save state that records your progress. You can pick up where you left off once you buy the full game.

The demo also coincides with a patch that improves the game. The update adds more tutorial signs, squashes universal bugs such as localization issues and audio problems, and fixes glitches that are tied to specific levels. And yes, some of these glitches actually made the Impossible Lair literally impossible.

When our Naomi Harrington reviewed Yooka-Laylee and the Impossible Lair, she stated that the game was reminiscent of Donkey Kong Country (in a good way). Moreover, she enjoyed the game’s variety of levels —especially when the game altered old areas to create new challenges— and streamlined experience.

You can download the demo for Yooka-Layle and the Impossible Lair on the Nintendo Switch, Xbox One, PlayStation 4, and PC via Steam. However, while GOG and the Epic Games Store sell the game, the demo is not available through those digital distribution platforms.