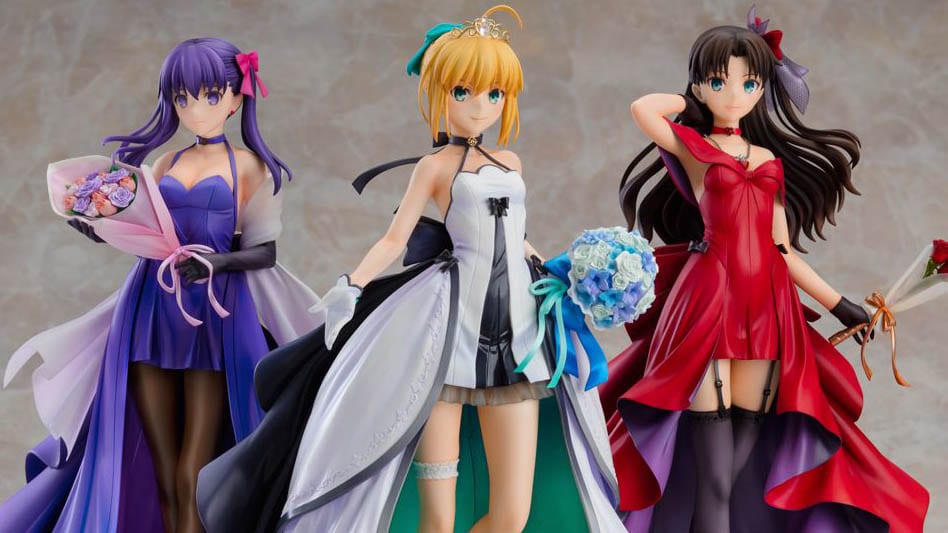 Many know the Fate series primarily in its modern incarnations like Fate/Grand Order, but not everyone knows that it all started with an eroge titled Fate/Stay Night.

That eroge launched 16 years ago today on January 30, 2020, and Akihabara-based figure manufacturer Good Smile Company is celebrating with three figures.

The “15th Celebration Dress Ver.” series, part of Fate/Stay Nights 15th anniversary celebration project (yes, I know, it’s basically a year late, but I guess we’re celebrating the tail of the project here), will include Saber, Rin Tohsaka, and Sakura Matou, on top of a splendid set with all three figures.

They measure between 230 and 240 mm of gorgeous PVC and ABS mix, with a fairly sizable 1/7 scale.

Given the usual massive lead times of the Japanese figure market, they actually won’t make it in time for the 17th anniversary, and they’ll launch in June 2021.

If you’re interested in celebrating the origin of one of the most popular franchises of all time, you can see what the figures look like below.

If you’d rather have something more whimsical, I guess there’s the cooking game coming to Nintendo Switch.