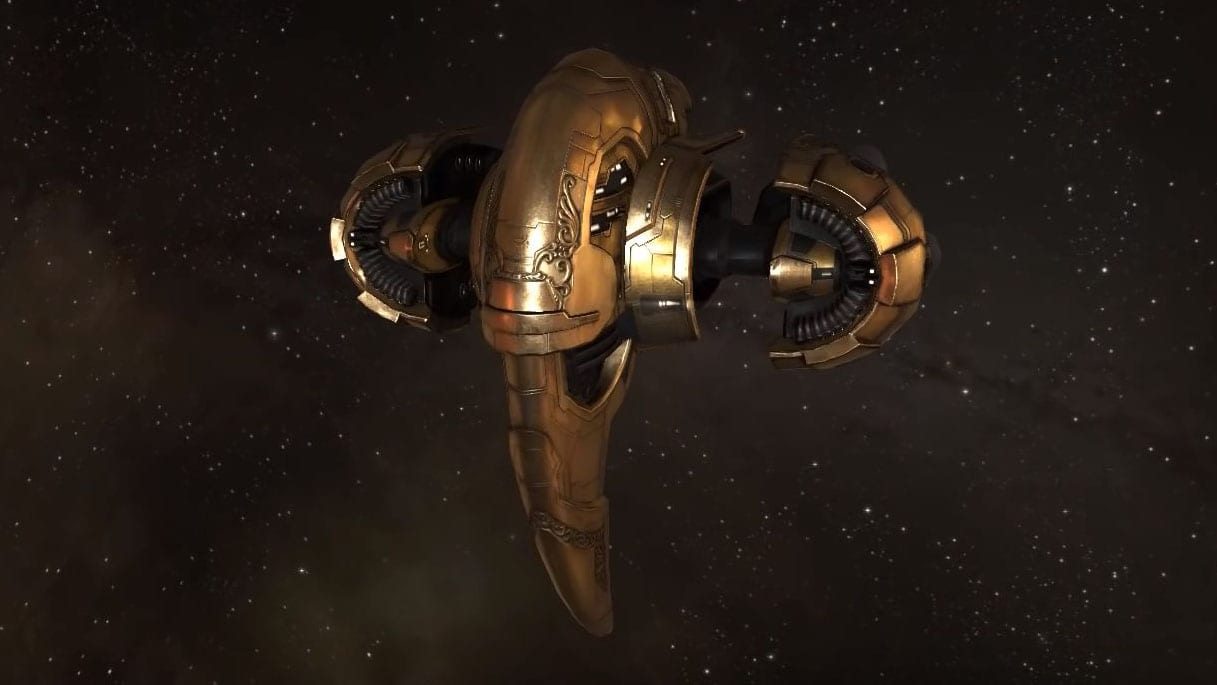 Over the past few days, you possibly saw a lot of hard-hitting headlines about an Eve Online player who spent over $30,000 to purchase an in-game spaceship, but it’s not nearly as crazy as it sounds.

Over the nearly 17 years of history of the game, we have heard all sorts of money-related stories due to Eve Online’s realistic economy and survival-of-the-shrewdest gameplay, and if Star Citizen thaught us something is that whenever you associate big lumps of money with the purchase of virtual goods, people go wild.

So the headlines we saw recently aren’t really surprising. We know why they’re juicy, but many of these reports lack a few relevant details.

As you’ll see in the video at the bottom of the post, Eve Online player and YouTuber Scott Manley did not actually pull out his real credit card to make a $30,000 purchase.

What he spent on an ultra-rare ship called Gold Magnate was the equivalent of over $30,000 in PLEX.

PLEX (Pilot License Extension) is a purchasable currency in Eve online that can be traded for various in-game goods including premium account time and ISK, which is the in-game currency.

It was devised by developer CCP a long time ago to let active players earn their subscription time simply by playing the game and accruing in-game currency.

Over the years, Manley engaged in organized speculation in-game with his powerful corporation (and Eve Online’s speculation often involves less peacerful but fun stuff like space piracy) earning a metric ton of ISK that he converted in PLEX, ending up with having the virtual equivalent of thousands of dollars on his account.

While a grey market for PLEX exists, which some use to sell them for real money under the table on eBay and similar platforms, Eve Online developer CCP does not allow it, so engaging in that kind of activity involves a real risk of losing one’s account and everything it holds.

On the other hand, there are very limited ways in which PLEX can be used to purchase real memorabilia and more importantly, they can occasionally be used for charity.

Basically, players can purchase virtual goods at a charity auction organized by other players by using PLEX, and then the sellers turn those over to CCP via the PLEX For Good campaigns. Lastly, the developer donates the equivalent for a good cause.

In this case, Manley used the equivalent of over $30,000 in PLEX to purchase the super-rare Gold Magnate ship (which has been rarely given out as tournament prizes, most of which have already been destroyed) from another player, whose in-game name is Kelon Darklight.

Kelon Darklight then handed the bounty to CCP, which will then donate the equivalent in real money to benefit Australian brushfire relief. The donation has been officially confirmed by CCP itself, so everything worked as intended.

This means that Manley didn’t suddenly go crazy and isn’t some sort of EVE Online addict who just purchased a virtual spaceship instead of buying himself a decent sports car in real life.

He simply found the best (legal) way to use all the PLEX sitting in his account, which isn’t just much less crazy than it sounds, but it’s actually a very smart and noble way to use virtual riches accumulated in several years of gameplay.

Don’t get me wrong: this doesn’t diminish the value of Manley’s charitable gesture. We all know that gamers are often very attached to their in-game assets, and it certainly took considerable time, effort, and skill to accumulate all those PLEX (and ultimately time and effort can be translated into monetary value), but it puts the whole thing in a clearer and much more reasonable perspective.

The only small issue with this is that apparently the ship has been delivered in low-security space, which means that there is a very real possibility that Manley could be intercepted while trying to ferry his purchase to a safer location, having his shiny (literally) new toy destroyed by other players. We all know how much EVE Online players like to troll each other.

You can watch the full explanation by Manley himself below.