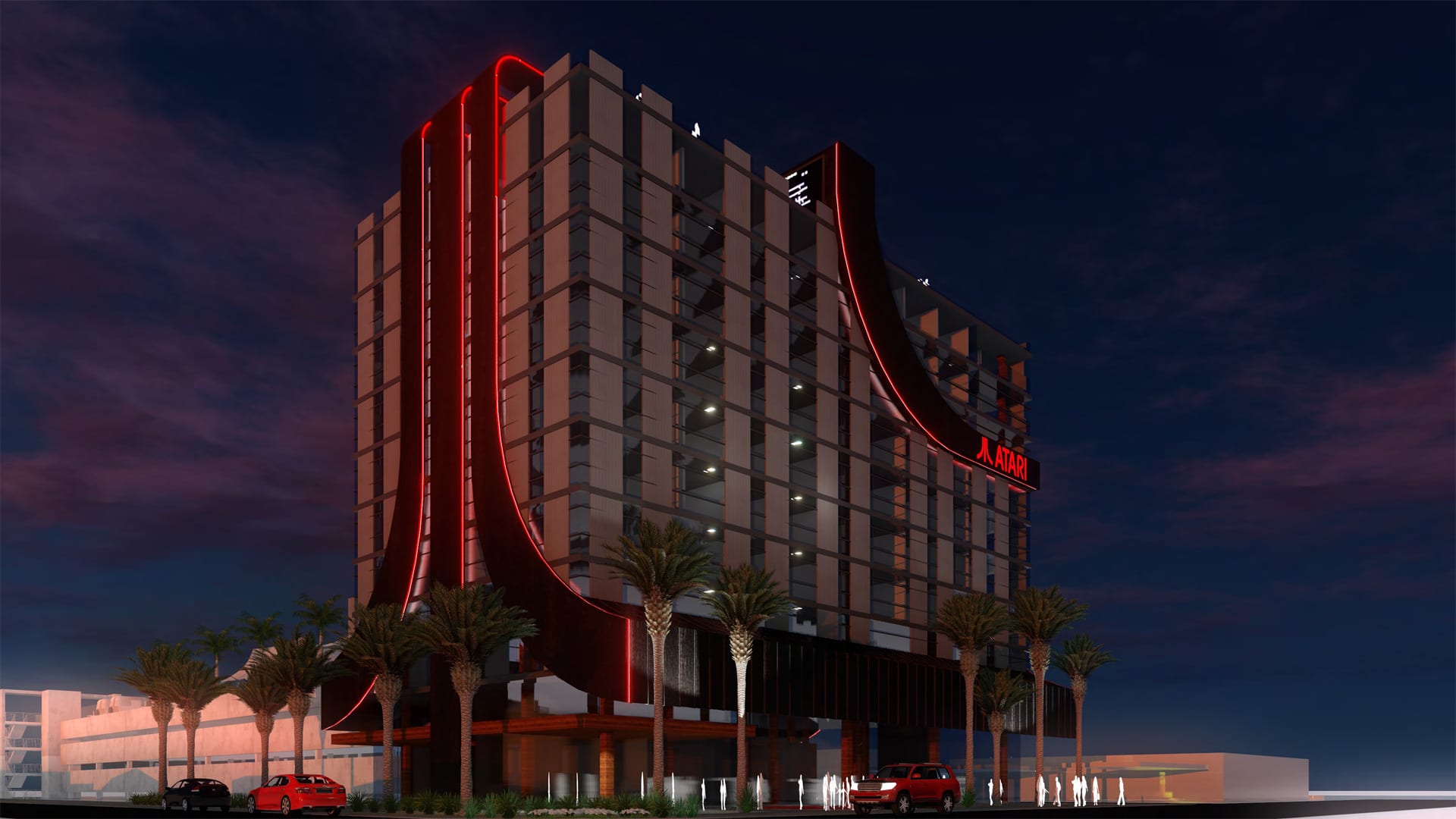 Atari, the company best known for its series of popular and iconic home video consoles that stretched throughout the 80s and early 90s, confirmed today that they will be lending their brand to a series of “world-class” video game themed hotels.

The first will be in Phoenix, AZ and construction is set to begin sometime in the middle of this year. Here’s the pitch according to Atari:

Atari, a trailblazer in the gaming industry, is pioneering an exciting new concept: a unique lodging experience combining the iconic brand with a one-of-a-kind video game-themed destination. Atari Hotels level up hotel entertainment with fully immersive experiences for every age and gaming ability, including the latest in VR and AR (Virtual and Augmented Reality). Select hotels will also feature state-of-the-art venues and studios to accommodate esports events.

The hotels will be constructed in partnership with the GSD Group whom will be heading up the hotel’s development and design and True North Studio, a company with experience in commercial real-estate construction and finance.

This is about as random as it gets but not wholly unexpected. In recent years after emerging from bankruptcy in 2013, Atari has existed in a strange space by dabbling with outside of the box projects that they can slap their recognizable brand name on, such as Atari Casino.

The latest is the Atari VCS console which is reportedly going through it quite a bit. Outside of all of that, the other most noteworthy thing that Atari has been involved with is publishing some of the newer Roller Coaster Tycoon games, which have been a mixed bag.

On paper a video game themed hotel sounds pretty neat, but whether it’s something that can be realistic profitable and even executed by the Atari, GSD Group and True North Studio is still very much in the air.