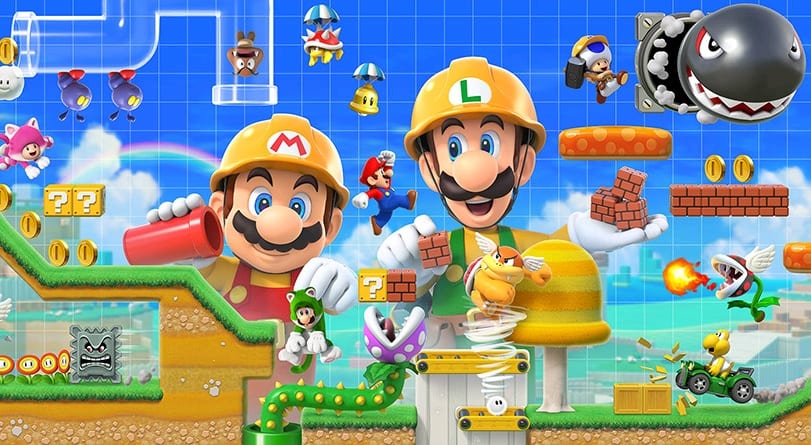 A free update is coming to Super Mario Maker 2 this week that will please fans of both Mario and the Legend of Zelda.

The latest version of the game will bring a new item to the Super Mario Bros game style called the Master Sword, which turns the player’s Mario sprite into the Legend of Zelda hero Link.

With the Master Sword power-up, Link can guard himself from enemies with his shield, dash, and perform a down thrust. Additionally, he can throw bombs and use the bow to fire arrows in three directions in order to hit far away targets. In multiplayer mode, each of the Links wear different colored tunics, similar to his appearance in Four Swords Adventures.

Various other items used to build courses will also be added in this update, including the Spike, Pokey, Frozen Coin, and P Block. The Dash Block will be added in the 3D world game style.

In addition to new items, the free update will introduce a new game mode called Ninji Speedruns. In this mode, players can race through courses alongside Ninji ghosts that represent other players around the world to see who can reach the goal in the fastest time.

New Ninji Speedrun courses will be added to the game periodically, and players can play in this mode to unlock stamps and Mii costumes. Top players will see gold stars temporarily surrounding their Mii to signify their achievements.

The Super Mario Maker 2 free update arrives on the Nintendo Switch on December 5. You can watch the full trailer below.