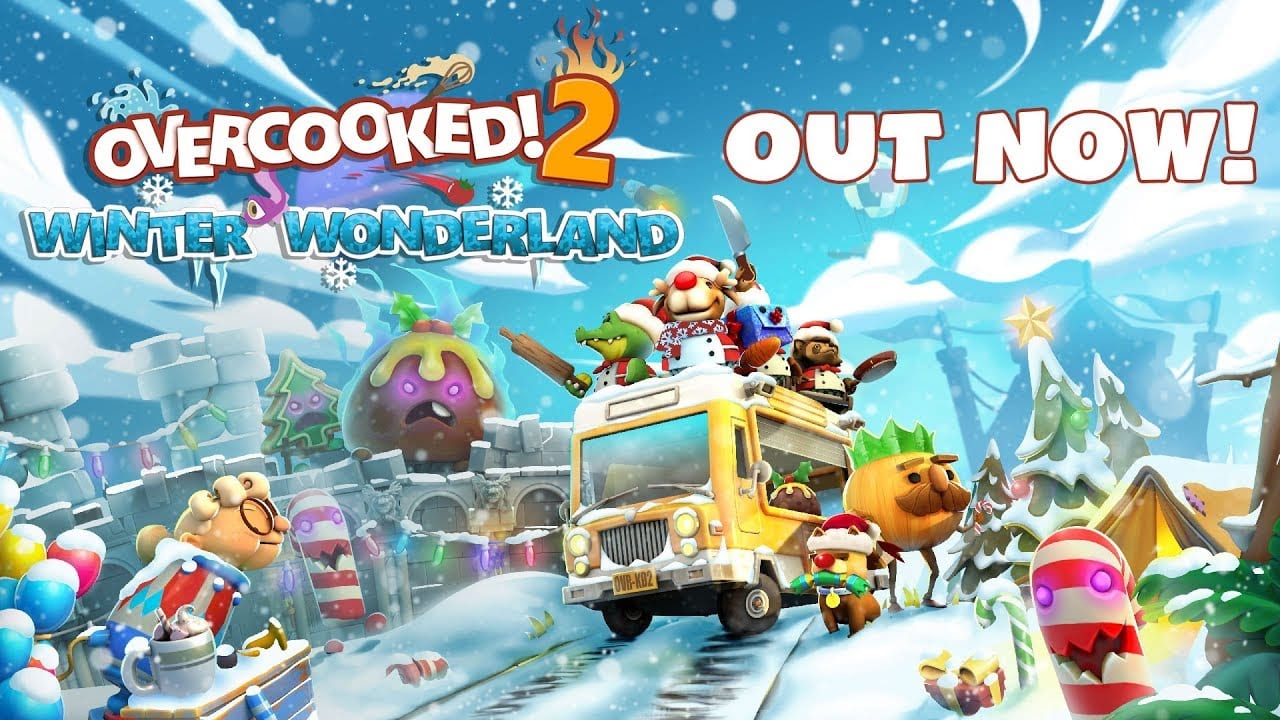 The holiday season has come to Overcooked 2 with today’s Winter Wonderland update, which adds a festive theme to five levels from the game’s DLC packs, as well as new seasonal recipes, chefs, and a horde mode.

You can check out Winter Wonderland’s key features:

The launch of Winter Wonderland follows Overcooked! 2’s recent win at the 25th Anniversary PlayStation Awards. The game was recognized in the ‘Indies & Developer Award’ category as one of five titles that over the past 12 months has contributed to the expansion of PlayStation

You can check out a new trailer that showcases a look at what’s on offer in Winter Wonderland below.

For those looking for even more culinary calamities over Christmas, The Overcooked! 2 season pass will satisfy the hungriest of customers, featuring ‘Carnival of Chaos’, ‘Campfire Cook Off’, and ‘Night of the Hangry Horde’, each serving up more meals, mechanics and mayhem.

Overcooked 2 is available on PS4, Xbox One, Nintendo Switch, and PC. You can read Twinfinite’s impressions of the game in our review.