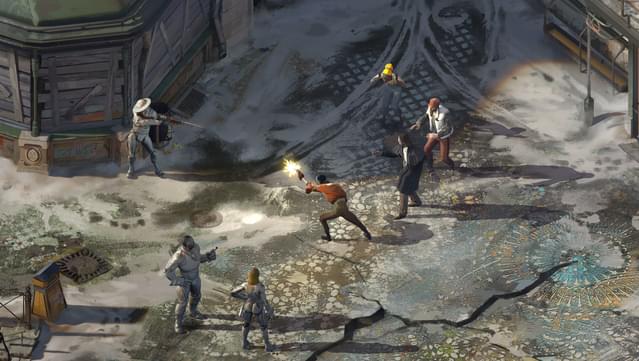 While Disco Elysium does a pretty decent job of explaining its more complex systems to the player, the Thought Cabinet can still be a little daunting at the beginning. All you need to know is that the Cabinet is a collection of Thoughts you can accumulate throughout the course of the game.

Thoughts need to be equipped and you need to reach a breakthrough with them in order to unlock their full potential, at which point they’ll reward you with stat buffs when equipped.

Unlocking Thoughts and Using Them

As you’re playing through the story of Disco Elysium, you’ll unlock new Thoughts just by experiencing new events and talking to NPCs.

When this happens, you can bring up your menu and go to the Thought Cabinet to read their summary and equip them. When equipped, you’ll then be able to start making progress towards getting a breakthrough where that Thought is concerned.

As an example, one of the early Thoughts you get in the game requires you to get your bearings as you struggle with being an amnesiac detective.

You can unlock the Thought’s potential simply by talking to NPCs and getting more information about yourself and your surroundings. Once you have enough information, the Thought will fully unlock. From this point on, when you have that Thought equipped, you’ll get a stat buff.

At the start of Disco Elysium, you’ll only have three Thought slots. However, when your character levels up, you get a skill point which can be used to either increase your stats, or unlock one extra slot.

Considering how long it can take to level up, this is a pretty critical decision you’ll need to make in Disco Elysium. We generally recommend unlocking one or two extra slots before investing your points into stats.

Equipping Thoughts is pretty important as it can make up for a lot of stat deficiencies you might have in your character build.

That’s pretty much all you need to know about how the Thought Cabinet system works in Disco Elysium and how you can make use of them. Be sure to search for Twinfinite for more tips and information on the game.