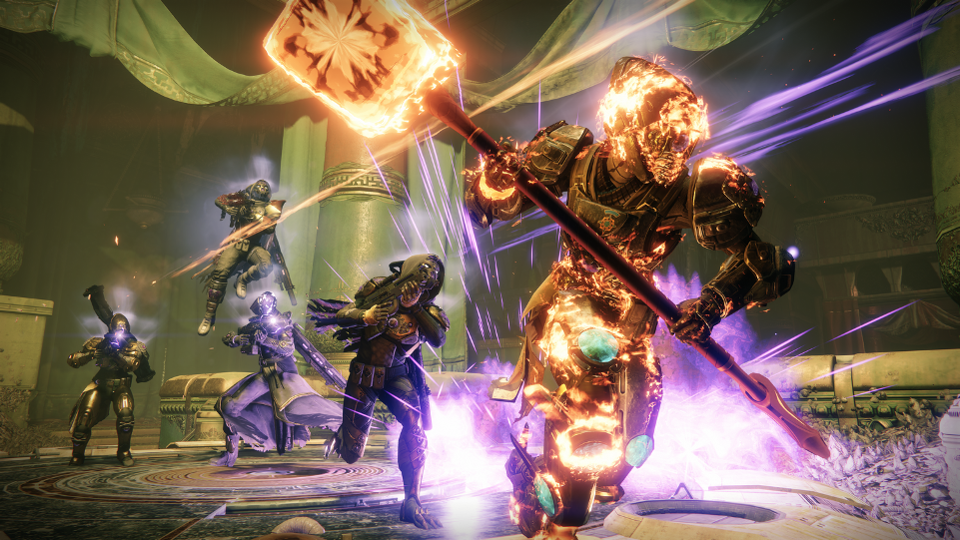 A few months back, Bungie launched the Season of Opulence in Destiny 2, which introduced a few new locales and Exotic weapon quests for players to participate in. The Tribute Hall was one of the new locations players could visit, and you need to have it unlocked if you’re planning on completing the Dawning 2019 quest line. Here’s how to unlock the Tribute Hall in Destiny 2.

Unlocking the Tribute Hall in Destiny 2

As mentioned previously, the Tribute Hall was introduced back during the Season of Opulence and was the gateway to new bounties to pursue, along with a quest for the Exotic Pulse Rifle, Bad Juju. Thankfully, actually unlocking this area is pretty easy.

To start, bring up your Director menu and go to the barge on Nessus. Next to Werner 99-40, you’ll find a large golden chest that requires you to pay a tithe of 5,000 Glimmer in order to open it. You should be swimming in Glimmer just by playing through the game naturally, but if you’re not, run around the open world to kill some enemies to farm your Glimmer.

Opening the chest will give you a new quest step, which requires you to go to the Tribute Hall.

Bring up the Director menu again, choose Nessus, and look at the bottom left corner of the screen to find a new icon for the Tribute Hall. Head there, and you’ll find the Visage of Calus, a vendor that can give you new bounties, and also happens to be one of your targeted clients for the Dawning 2019.

To recap, here’s how to unlock the Tribute Hall in Destiny 2:

That’s all you need to know about how to unlock the Tribute Hall in Destiny 2. Be sure to check our guide wiki for more tips and information on the game.