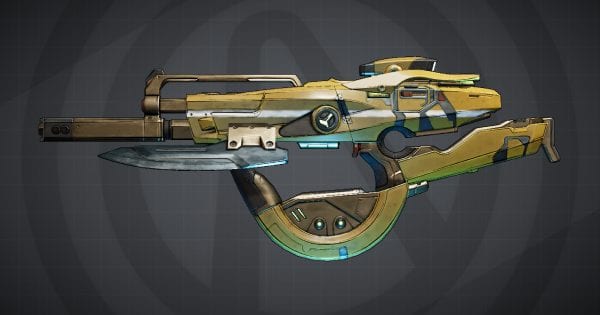 Borderlands 3 was one of the hottest video game releases of 2019, as it marked Gearbox Software’s return to the looter shooter genre. As you might expect, it comes with a ton of new Legendary weapons for you to farm and collect. And even after you’ve beaten the main story, there’s more to do. Here’s how to get the Kyb’s Worth Legendary SMG in Borderlands 3.

How to Get Kyb’s Worth in Borderlands 3

While most of the Legendary weapons in Borderlands 3 can be obtained through pretty much any loot source in the game, the same can’t be said for Kyb’s Worth.

This Legendary SMG can only be obtained at the Maliwan Blacksite, which is an area that you can access through the Maliwan Takedown update. Just a few weeks after the game’s official launch, Gearbox Software released Maliwan Takedown, which was a free update for the game.

Once installed, you can access it by completing the main campaign of Borderlands 3, then talking to Lorelei in Sanctuary to start the new quest line. Going through the quest line, you’ll eventually meet the raid boss, Wotan the Invincible, who has a higher chance of dropping the Kyb’s Worth, so he’s the boss that you’ll definitely want to focus on farming.

As always, the stats on the weapon will be random, depending on what level you were when it dropped for you. However, it does have one consistent perk.

This perk makes Kyb’s Worth one of the best self-healing weapons you can get in the game. With the Hyperion shield, you’ll have extra cover against enemies, and in addition to that, you also get the healing aura which provides extra healing and health for you.

That’s all you need to know about how to get Kyb’s Worth in Borderlands 3. Be sure to check our guide wiki for more tips and information on the game.

Comments
Continue Reading
Related Topics:borderlands 3, get, Guide, How to, kyb's worth, tips, tricks