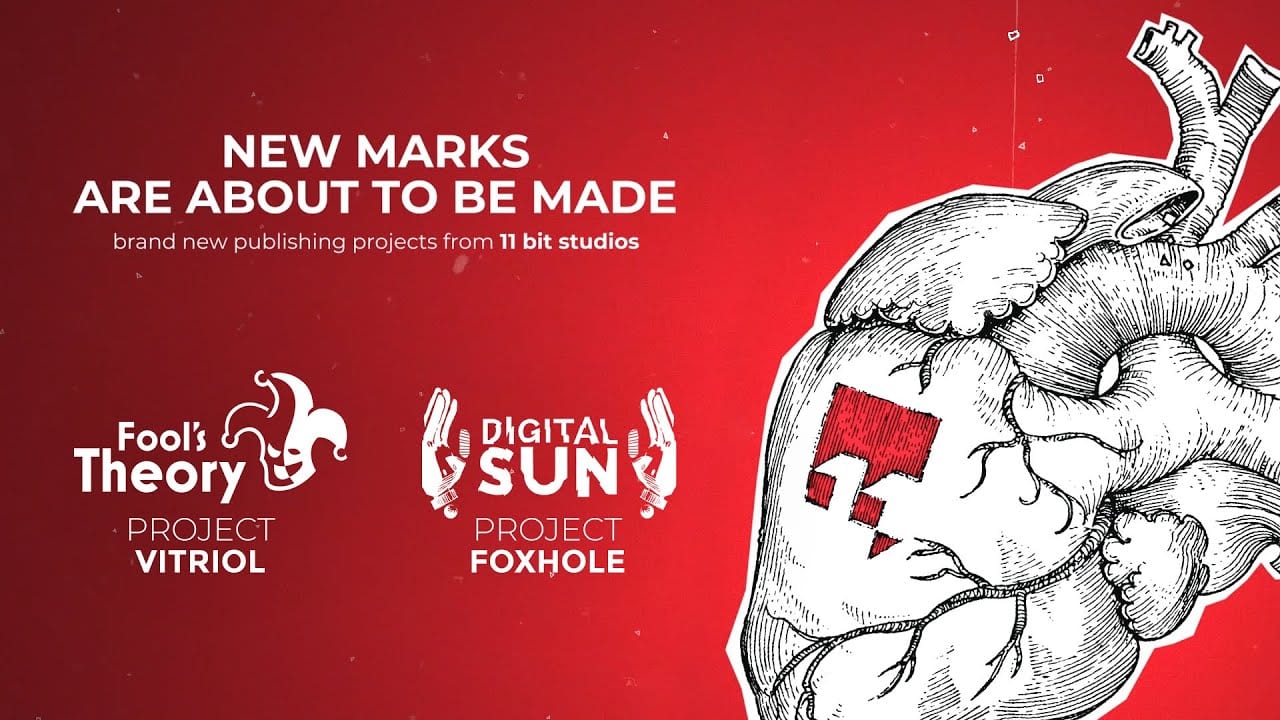 11 Bit Studios has today announced two new projects joining its publishing lineup for 2020 and beyond. One project is being made by Fool’s Theory, a Polish team comprised of former CD Projekt Red developers, while the other is from Spanish developer Digital Sun Games who previously worked on action-RPG Moonlighter.

Pawel Feldman, publishing director at 11 Bit Studios is confident the two projects will continue the company’s knack for hand-picking “true gems” and is keen continue its philosophy of “boosting unique projects and using all the marketing magic we have to see them succeed.”

Both new projects have codenames as of right now, and 11 Bit is keeping details close to its chest. There’s precious little information to go on as of right now. We’re told one project is definitely an RPG.

Fool’s Theory, whose previous isometric RPG was called Seven: The Days Long Gone, and now is working Project “Vitirol,” would be my best guess as to which is working on the RPG.

“We are truly happy to align with 11 bit studios. They’re known for their ability to find the unique spirit in a game and I believe our upcoming title fits impeccably with the type of projects they like to work on.”

While Javier Gimenez team at Digital Sun Games is working on Project “Foxhole.” He also weighed in, explaining:

“We badly wanted to work with these guys again. As a team, we feel 11 bit did a great job with Moonlighter and we both want to do even better things together. It’s really as simple as that.”

11 Bit is prepared to say at least that 2020 is shaping up to be bigger in scope than anything the company has tackled previously. Funding efforts are in the millions of Euros per project for the first time.

A short teaser trailer accompanies today’s announcement, which you can watch below.