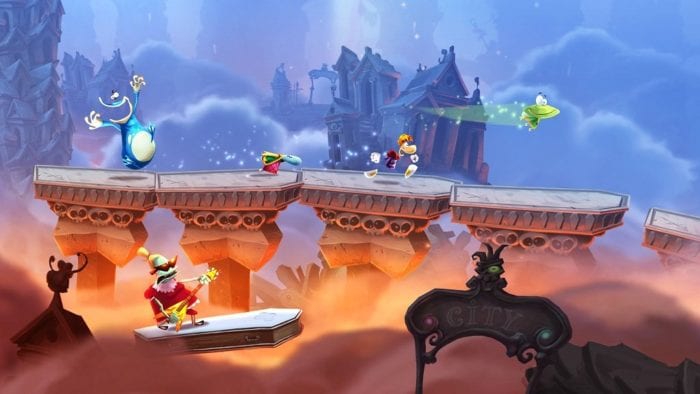 The Epic Games Store revealed the next free PC game that will be offered by the digital storefront is Ubisoft’s Rayman Legends.

Rayman Legends is a platform game that supports up to four players in cooperative action. Players can choose between a few characters such as titular limbless Rayman and his blue oafish friend Globox.

The game contains over 120 levels with 40 of them remastered form the series’ previous title Rayman Origins. The game also has a small local multiplayer mode of soccer.

Rayman Legends originally launched for PC, Xbox 360, PlayStation 3, PlayStation Vita, and Wii U in 2013. It is also available on PlayStation 4, Xbox One, and Nintendo Switch.

The PC game will be free from the Epic Games Store beginning Thursday, Nov. 28 for two weeks until Dec. 6.

The current free game by the PC launcher is Bad North, a real-time strategy roguelike game that features procedurally-generated islands and fighting against incoming Vikings.

Bad North is currently free beginning today through the next week on Friday, Nov. 29.

Epic Games has continually offered free PC games, such as Nuclear Throne and Costume Quest, throughout the year since the launch of its store last December.