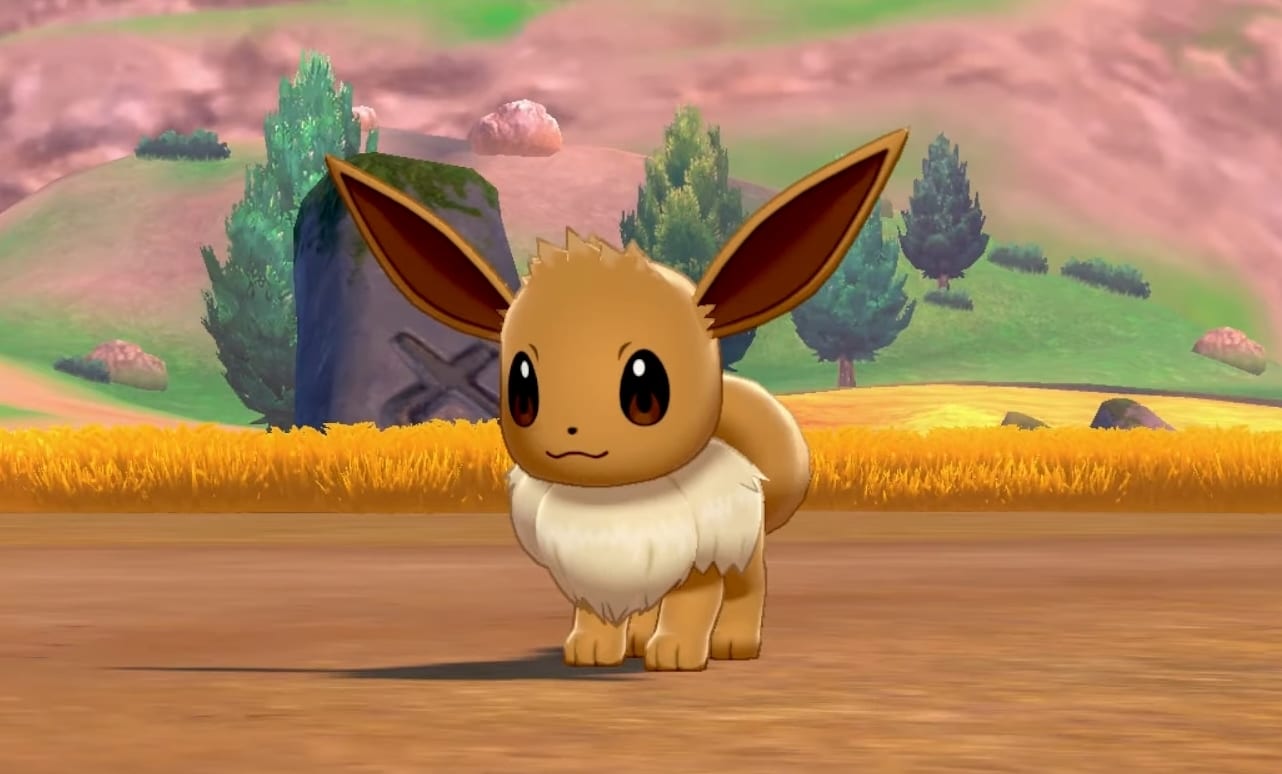 Set in the British-inspired Galar region, Pokemon Sword & Shield are the latest entries in Game Freak’s massively popular monster-catching series. While there are tons of new Pokemon to catch, there are quite a few familiar faces making a return as well, with Eevee being one of them. Here’s where to get Eevee in Pokemon Sword & Shield.

Where to Get Eevee in Pokemon Sword & Shield

First off, if you played Pokemon Let’s Go Eevee, then you can actually get an Eevee very early on in the game. All you have to do is play through the early section of the game and reach the train station.

Once you arrive at the Meetup Spot, right before you enter the Wild Area proper, talk to the NPCs to the left at the train station. If you have a Let’s Go Eevee save file on your Switch, that NPC will hand over an Eevee.

However, one thing to note is that it can’t be evolved. If you want to get one of the Eeveelutions for your team, you’ll need to catch one in the wild.

Catching One in the Wild

Thankfully, Eevee, isn’t terribly hard to catch in Pokemon Sword & Shield. On your way to Turffield for the first Gym battle, you’ll go through Route 4, which is a great spot for trying to find an Eevee.

It has a pretty low spawn rate compared to the other Pokemon, so just keep wandering around in the tall grass until it appears. Once it does, just catch it like any other Pokemon: weaken it a little, then throw a Poke Ball.

To recap, here’s where to get Eevee in Pokemon Sword & Shield:

That’s all you need to know about where to get Eevee in Pokemon Sword & Shield. Be sure to check out our guide wiki for more tips and information on the game.