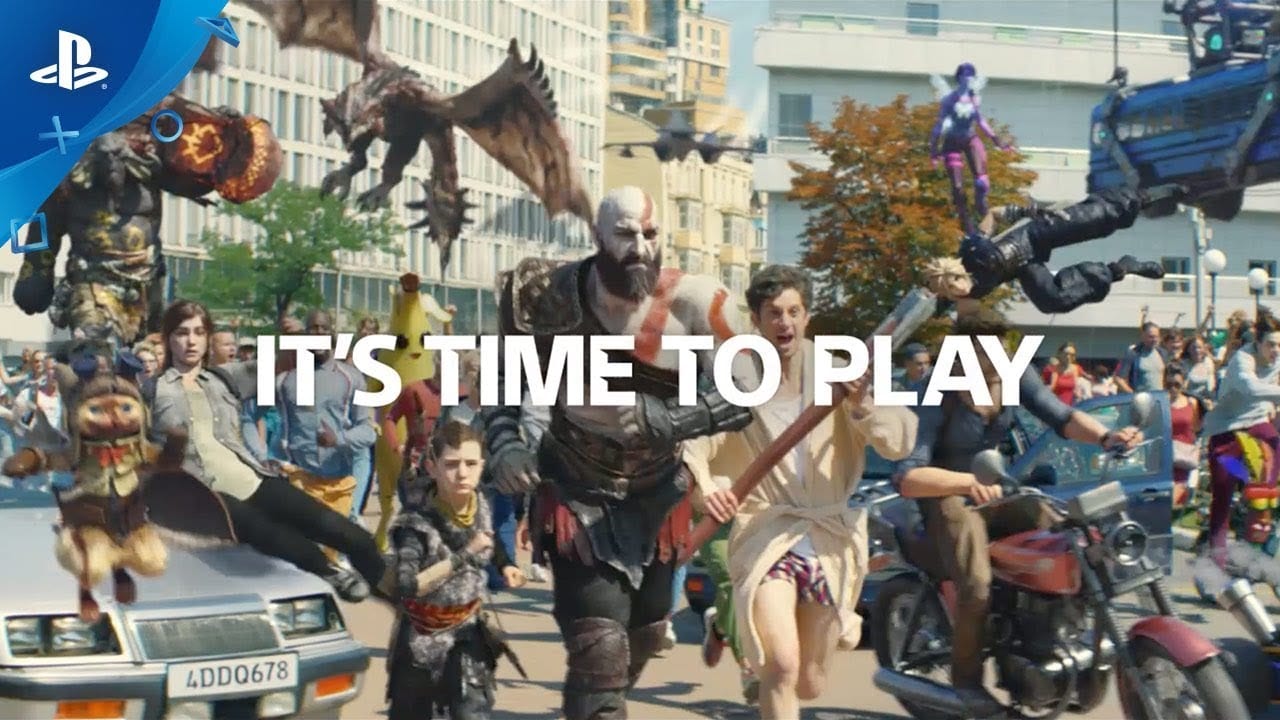 Just as we head into the holiday season, Sony has just dropped a new PlayStation commercial that brings the world of PS4 to our own. Called It’s Time to Play, it features fan-favorite characters like Crash Bandicoot, Aloy, and Cloud Strife burst into the real world.

There are a bunch of amusing scenes that playout, like Fortnite skins inviting players on-board for what I’d imagine is a way more exciting commute, and God of War’s Kratos interrupt some poor bloke’s morning routine.

The advert culminates in a frantic stampede that blends IRL and CGI as both players and protagonists rush toward the screen, presumably to shotgun a PS4 controller and start playing some games.

Fittingly, the Kaiser Chief’s “I Predict a Riot” is used as the soundtrack.

You can check out the commercial for yourself below.

In other amusing PlayStation-related adverts, the hilarious Rick and Morty x Death Stranding trailer dropped over the weekend and it’s just about as whacky as you’d imagine.