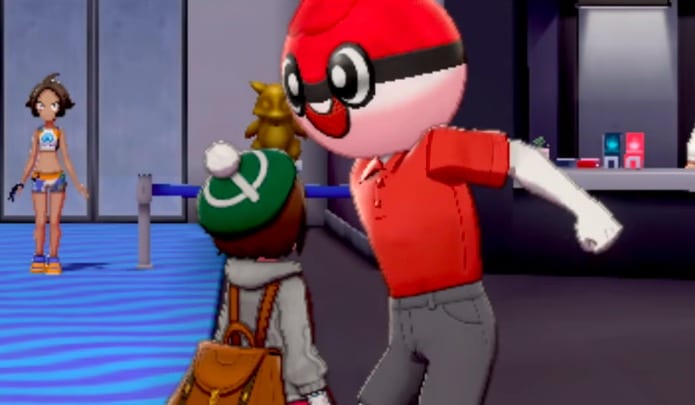 I wouldn’t have been able to conquer the Pokemon gym battles in Pokemon Sword and Shield if it wasn’t for the unconditional love and support from the unofficial hero of the Galar region, Ball Guy.

Ball Guy pops up in the gym stadiums in the Galar region to cheer you on for your gym battles and he also gifts you with some pretty rare balls that you cannot get anywhere else in the game like the Love Ball that makes it easier to catch Pokemon of the opposite gender and the Lure Ball that helps with catching Pokemon that you find with your fishing rod.

Ball Guy is amazing and they don’t even ask for anything in return. I say they because nobody knows what gender they are or their age or where they even came from or where their rare Poke Balls came from.

You see, once you beat the game and roll the credits, you can go back to Ball Guy in Motostoke and they say that they want to be friends with you because of you becoming a champion, hoping that it will help them become the official mascot of the Gym Challenge –how sweet!

And so you don’t forget about Ball Guy, they will give you a super-rare League Card that not only has an adorable drawing of them but some interesting information on the backside:

If you have bad eyes and can’t read it, here’s what it says:

“This mysterious figure has taken it upon himself (herself?) to dress up in the fashion of the Pokemon League’s official mascot. The mysterious individual is known to many as “the Ball Guy” but in point of fact, all are mystified when it comes to this person’s true identity or age or even gender. While the Ball Guy is known for her (his?) habit of handing out rare Poke Balls here and there around Galar, it’s a mystery as to why or even where these balls come from. It’s all very mystifying…”

Who is this person really? Where do these Poke Balls come from? Why is the Ball Guy so freaking nice?

You know what, it doesn’t even matter if Ball Guy is a creepy 80-year-old man in a suit or a chippy 12-year-old girl, all that matters is that they’re nice and supportive and caring.

Cheers to you, guy of balls.