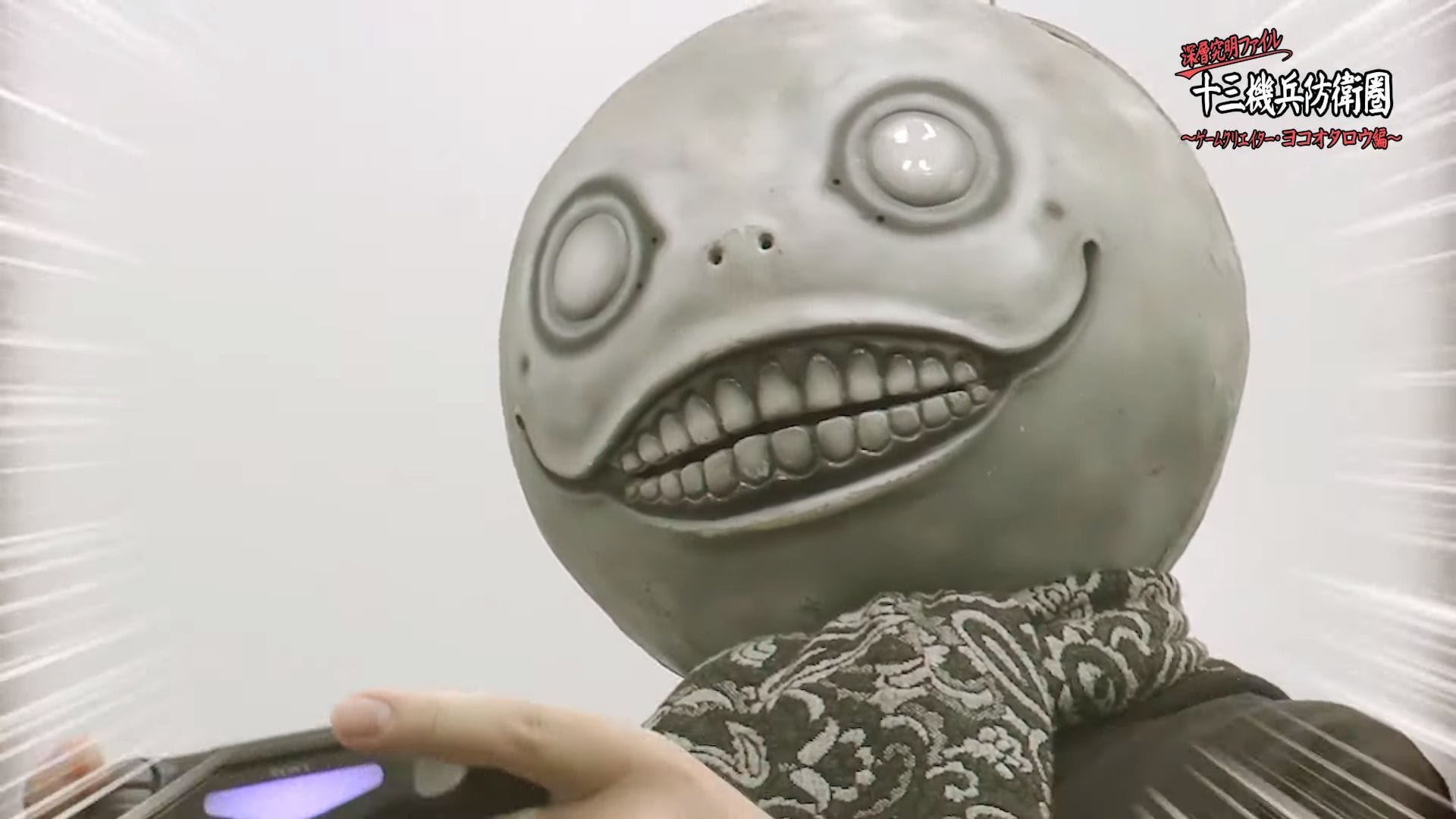 While the video shows very little gameplay, it has the next best thing, NieR: Automata creator Yoko Taro.

Together with him we see voice actress Tomomi Isomura, who is a regular in Atlus’ videos and played Hifumi Togo in Persona 5.

While the video is only in Japanese, Yoko Taro is praises the game and vanillaware pretty much through the whole thing, mentioning that they’re like a miracle company that still makes 2D games nowadays, it’s almost like lost technology.

He also mentions that while Vanillaware games often have many male fans since they have plenty sexy and cute girls, he believes that 13 Sentinels will appeal to the female audience as well.

Yoko-san also praises the visiuals, including the backgrounds and the beautiful lighting effects.

Interestingly, he explains that he was quite impressed by Detroit: Become Human by Quantic Dream, but an adventure game in 2D like 13 Sentinels feels really different and he really likes this kind of game.

He even goes as far as asking Atlus to support a sequel, and then he just decides that the game is going to be delayed one year to November 28, 2020 so that Vanillaware (which he he basically defines a Japanese national treasure) has all the time it needs to create the best game possible.

Of course, Ismura-san has to correct him, clarifyng that he she understands his feelings, but 13 Sentinels: Aegis Rim is actually coming out (for PS4) on November 28, 2019.

If you want to see more, you can check out the latest story trailer, the previous video, some spiffy gameplay, another trailer,an extensive batch of screenshots that showcased new characters, the previous gallery of screenshots, more images and artwork, another gameplay reveal, and an earlier trailer.

Incidentally, a playable demo is already available on the Japanese PlayStation Store.

A western release has also been announced by Atlus USA a long while ago, but the publisher hasn’t mentioned the game for a long time.