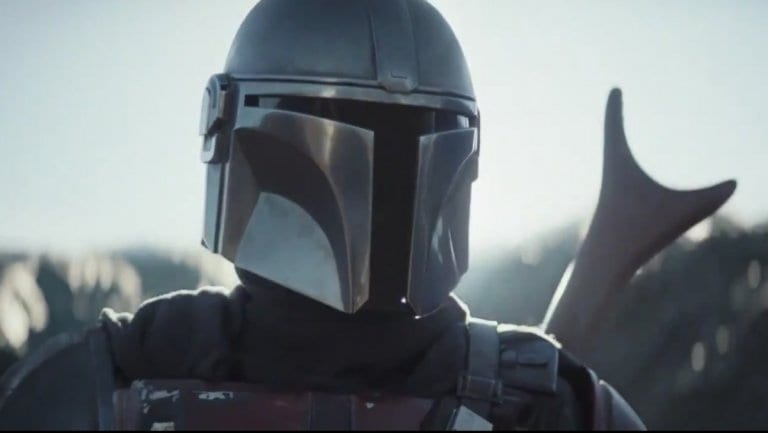 Disney has showcased more footage of its upcoming series The Mandalorian today with a new trailer. For the most part, it’s rehashed footage from the previous one, but the edit is much more exciting this time around and we do get to see one or two shots of previously unseen environments and characters.

Perhaps most importantly, The Mandalorian himself has finally spoken. Only to mutter two words, mind, but at least we’ve gotten even just a tiny flavor of his personality for the first time.

If you’re not up to speed, The Mandalorian is the first live-action Star Wars TV show ever. It’s set just after Return of the Jedi and features a Mandalorian bounty hunter trying to rise to fame as the galaxy far, far away transitions from the Empire to the New Republic.

Disney’s The Mandalorian will be streaming on Disney+ from Nov. 12.

You can watch the first trailer here, and if you want to take a closer look at some of the show’s assets and key art from a panel at Star Wars Celebration in Chicago, it’s here.

If you’re interested in more Star Wars content then you can check out the reveal trailer of Episode IX: The Rise of Skywalker and the reveal of the new game by Respawn Entertainment Star Wars: Fallen Order.