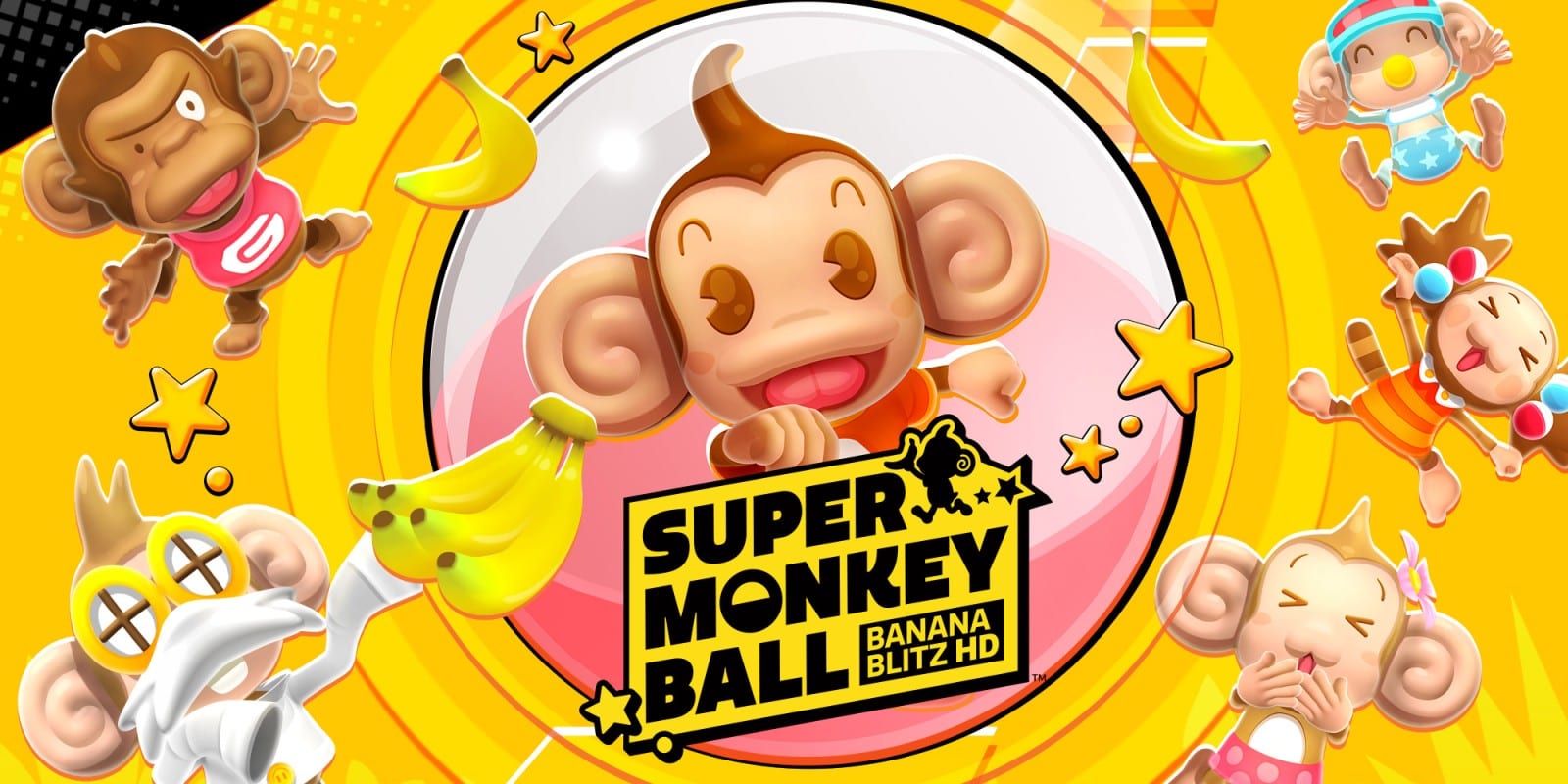 Sega is celebrating the launch of Super Monkey Ball: Banana Blitz HD today with a new trailer for the game.

The latest trailer shows off features we can expect to see in the game, such as racing against time to reach the goal in complex levels and competing in a variety of party games with friends.

In addition to the six characters from the original release of the Super Monkey Ball game (AiAi, MeeMee GonGon, YanYan, Doctor, and Baby), this new version of the game will allow you to unlock and play as Sonic the Hedgehog to collect golden rings instead of bananas.

Sega boasts in the trailer’s description how many courses will be featured in the game:

“What game lets you play as a bunch of self-aware monkeys (and Sonic the Hedgehog) stuck in spheres as they speed around 100 twisting courses suspended in mid-air? We’ll give you one guess.”

If this sounds exciting to you, you’ll be happy to know that Super Monkey Ball: Banana Blitz HD is available to purchase today on Nintendo Switch, PlayStation 4, and Xbox One.

Alongside the launch trailer, a “Screen-A-Peel behind-the-scenes” video was also released today, showing the creators of the game having some fun while dressed in monkey costumes and even using a banana phone.

Of course, there are plenty of a-peeling puns involved. Looks like a fun company to work for!

You can watch the launch trailer and behind-the-scenes video for Super Monkey Ball: Banana Blitz HD below.

Super Monkey Ball: Banana Blitz HD is out now on PS4, Xbox One, and Nintendo Switch. For more on the game, be sure to check back with Twinfinite.