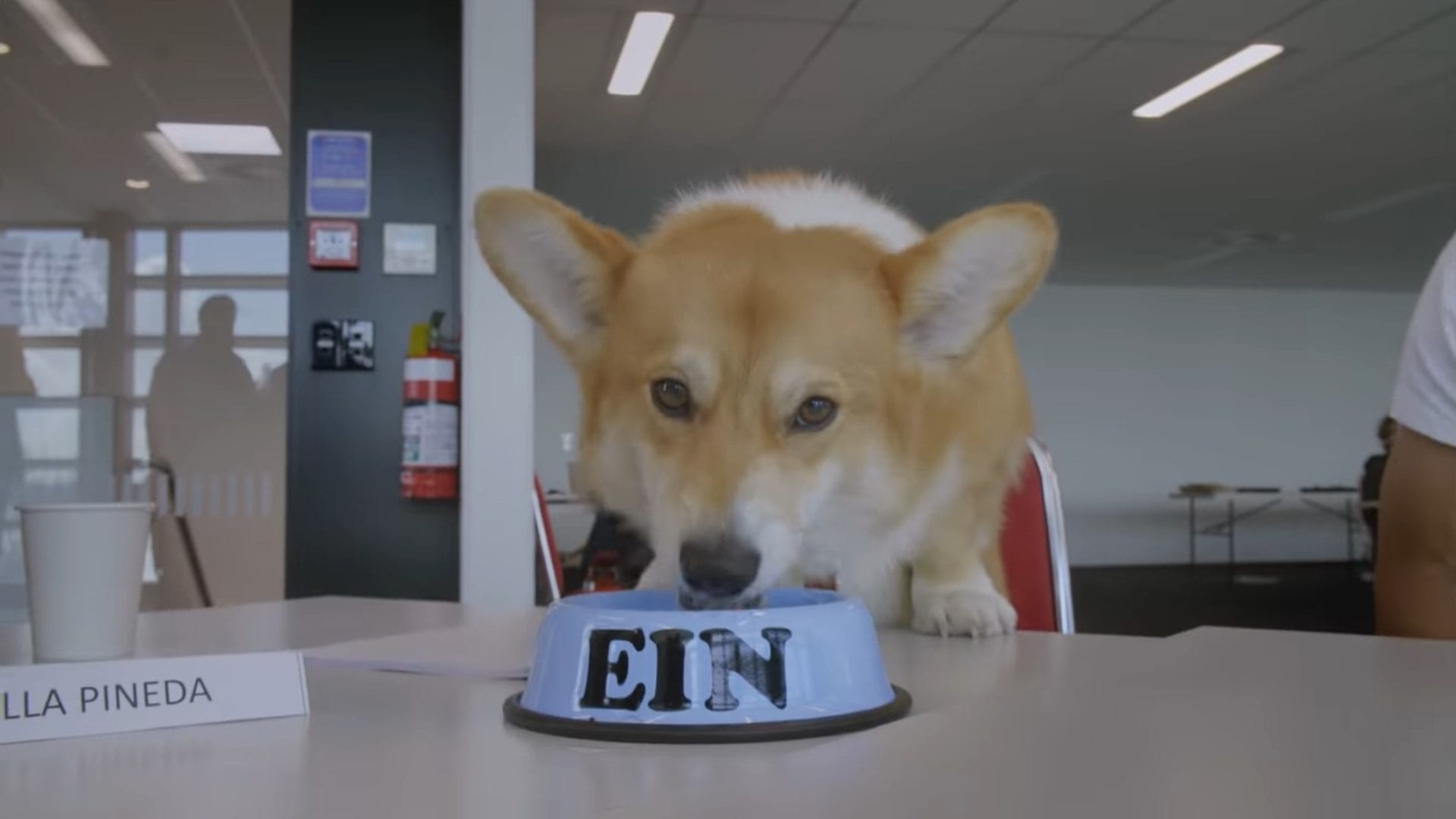 As part of a cute promotion video, Netflix has announced that its anticipated – or dreaded – live-action remake of the classic ’90s anime, Cowboy Bebop, is now in production.

The video shows an adorable corgi, playing the role of Ein, walk through the set before sitting down with the rest of the cast.

The corgi is given a water bowl labeled “Ein,” and offered a highlighter and coffee before they prepare to read through the script.

Ein may have human-like intelligence in the show, but this corgi seems more than capable of playing the part.

You can watch the short promotional video for Cowboy Bebop below:

Netflix’s description for the live-action series is as follows:

“A ragtag crew of bounty hunters chases down the galaxy’s most dangerous criminals. They’ll save the world… for the right price. A live-action series.”

Cowboy Bebop is being directed by Alex Garcia Lopez, who has finished filming for Netflix’s The Witcher, an adaptation of the books by Andrzej Sapkowski which inspired CD Projekt Red’s wildly popular trilogy of video games.

The human cast seems to be shaping up as well. John Cho, known for his role as Hikaru Sulu in the current Star Trek reboot, is set to play series protagonist Spike Spiegel.

For the supporting cast, Mustafa Shakir, known for his portrayal of Bushmaster in Luke Cage, will play Jet Black, Spike’s earliest companion in the show.

The lively Faye will be played by Daniella Pineda, while Alex Hassell will play series antagonist Vicious. Elena Satine, who has appeared on episodes of Agents of S.H.I.E.L.D. and Twin Peaks, will play Julia, Spike’s love interest.

Cowboy Bebop has received widespread critical acclaim from its airing in 1998 to the present day, with many lauding the series as the best anime of all time for its stunning visuals, masterfully told story, and spirited jazz.

Ironically, the original anime isn’t available on Netflix, and can instead be streamed on competitor streaming services, Hulu and Crunchyroll.

Cowboy Bebop’s live-action adaptation was initially announced in June of 2017, and was confirmed to be coming to Netflix in November 2018. There is no current word on its release date.