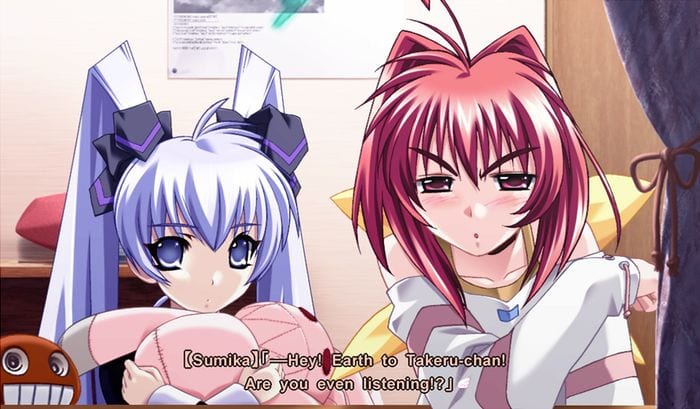 If you’re eagerly waiting for the next Muv-Luv visual novel release, today we got good news about Muv-Luv Photonmelodies.

The news come by way of localization director Evan Ward, who shared them on Twitter.

We learn that localization has passed a milestone as the translation of Muv-Luv Altered Fable is complete.

For those who aren’t familiar with it, Altered Fable is the name often used to indicate Kagayaku Toki ga Kienumani (the title has been unofficially translated before as Before the Shimmering Time Ends). It’s actually the title of the original fandisk that included it, before it was incorporated into Photonmelodies for PS3.

It’s considered by most a sequel of Muv-Luv Alternative in the universe of Muv-Luv Extra, even if creator Kouki Yoshimune was coy on it when I asked him in our recent interview.

That being said, it’s a very sizable and awesome visual novel that fans of the series will likely love.

At the moment, we still don’t have a release date, but it’s likely coming to Steam soon enough.

If you’d like to know more about Âge‘s games and the Muv-Luv franchise, you can read my article from a few days ago explaining all you need to know to get into one of the best visual novel series of all time.

You can also read my report of the 20th-anniversary event hosted earlier this week in Tokyo, and my analysis of the art showcased for Muv-Luv Integrate.