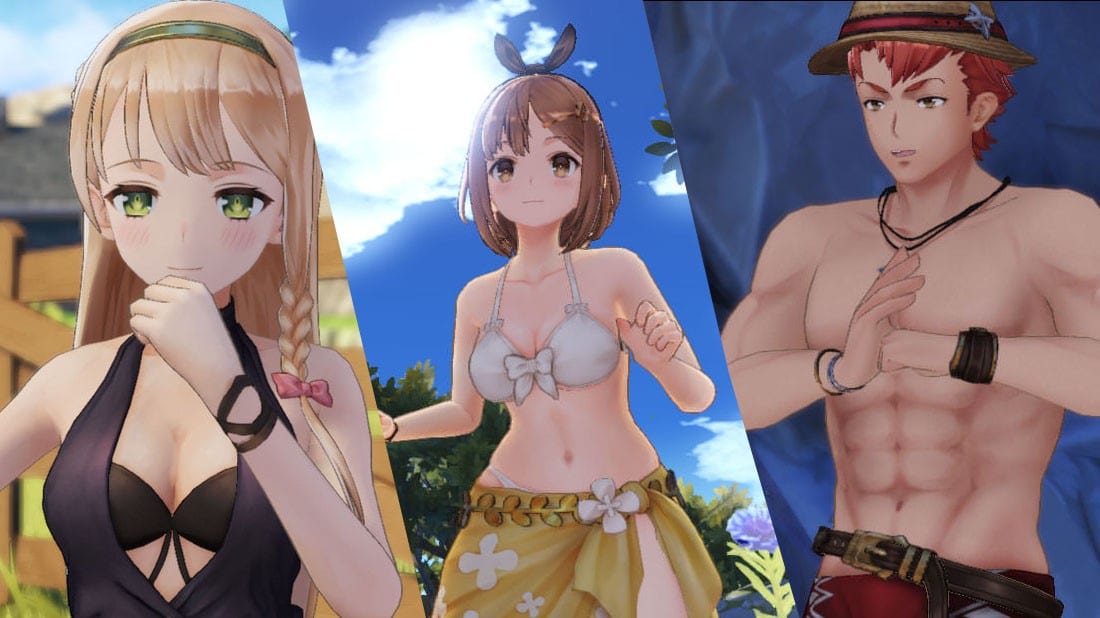 Today Koei Tecmo updated the official site of Atelier Ryza: Ever Darkness & the Secret Hideout unveiling its plans for DLC.

This likely won’t come as a surprise, considering that the publisher is really fond of providing additional content to the fans of its games.

The announcement hasn’t been made for the west yet, so we don’t know the final pricing, but Japan is getting a season pass priced at 7,480 yen, which translates it roughly $70.

That being said, there’s something coming for free, and it’s a package of music track froms past Atelier serues coming this month.

A second BGM pack will come with “extra” track from Gust games and it’ll cost 990 yen (if purchased on its own) between November and December.

Six new weapons will be released between October and November, and they’ll cost 220 yen each when purchased separately.

Six new costumes will also be released for 330 yen each, and they’re the inevitable swimsuit set. Can’t have an Atelier game without this.

We’re getting five new story episodes. Four are dedicated to characters and will be released between October and December. A fifth will be summer-themeed and will launch between November and December. Each will cost 660 yen on its own.

You can see plenty of screenshots below.

Do keep in mind that the game is also getting plenty of updates with additional free content and features.

If you want to learn more of Atelier Ryza: Ever Darkness & the Secret Hideout, you should definitely read our interview with producer Junzo hosoi.