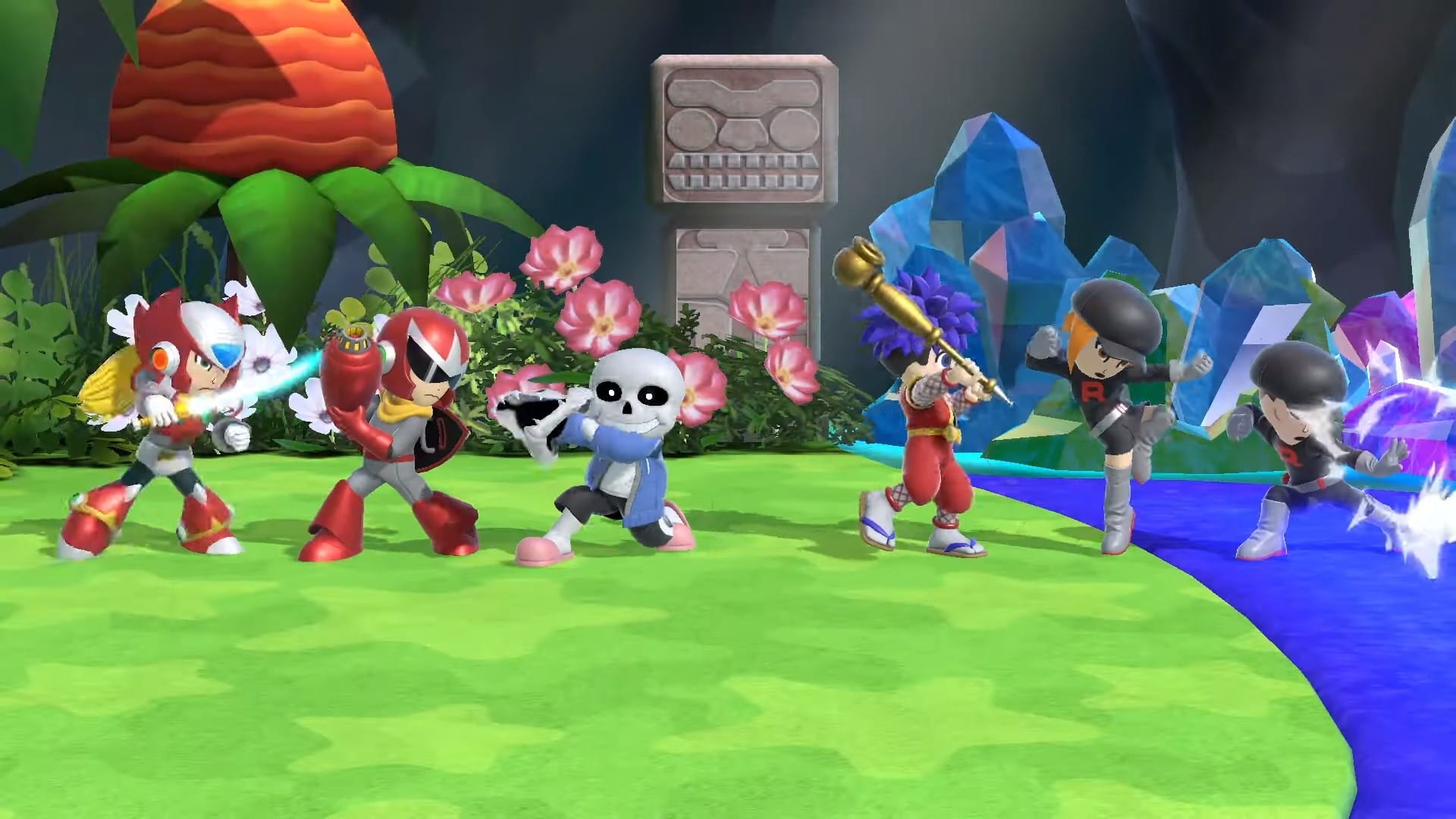 The third round of costumes includes characters from various franchises to dress up the specific types of Mii Fighter. The headline of the group is Sans of Undertale, the quirky RPG developed by Toby Fox that was ported to the Nintendo Switch last year.

The Sans costume, playable with the Gunner variant of the Mii Fighter, also comes with a remix of the Megalovania theme from Undertale.

Other costumes included in this round are Goemon from Mystical Ninja, Proto Man from Mega  Man, Zero from Mega Man X, and Team Rocket from Pokemon. None of these costumes come with remixed themes or tracks like the Sans costume.

All the costumes are available to purchase beginning today for $0.75 each, and are not included in Super Smash Bros. Ultimate Fighters Pass.

Nintendo also announced other Super Smash Bros. Ultimate news during the Direct such as the third DLC fighter Banjo-Kazooie being available in the game today, Fatal Fury’s Terry Bogard announced as the game’s fourth DLC fighter, and that more DLC fighters are planned for the future past the initial Fighters Pass.