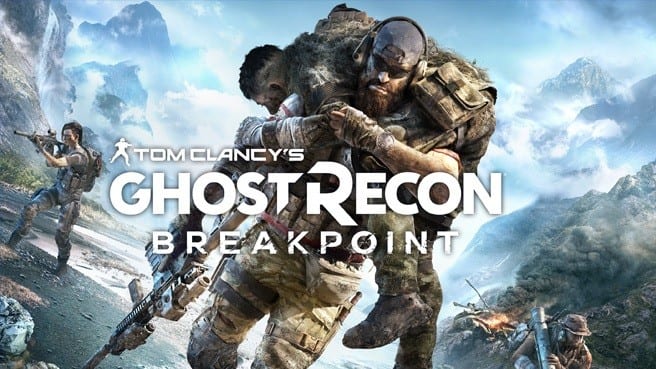 Tom Clancy’s Ghost Recon Breakpoint: What is Breakpoint trailer goes in-depth on the game world, story, co-op, and the customization features for the playable Ghost.

The trailer starts with a breakdown of the story mode, which can be played solo or in co-op. The game takes place in Auroa, a remote island where an entrepreneur Jace Skell has settled his technology corporation, now taken over by your former brother-in-arms, Colonel Walker, who happens to be portrayed by the Punisher star Jon Bernthal.

In our interview with Breakpoint’s Executive Producer Nouredine Abboud, he discusses Bernthal’s portrayal in Breakpoint along with what other elements the team has in store for players.

The island of Auroa is a beautiful landscape, where it is made up of swamps and mountains – giving players a perfect opportunity for exploration, along with a variety of ways to tackle missions they take on.

The third-person tactical shooter’s world is massive, and players will be able to take advantage of the terrain in the game’s frenzied shootouts.

Breakpoint’s missions are centered around confronting the Wolves, an ex-military unit led by Cole. They are well-armed, but there is a kicker: Skell’s technology is centered around drones, where players will need to think on their feet with drones buzzing about.

Getting deeper into the trailer reveals that the drones Skell was working on varied in size. One drone shown off in the trailer is gargantuan, and gave off some serious Metal Gear Solid REX vibes.

Thankfully, whether players opt to go solo or play in co-op, there’s a variety of options for missions.

Loadouts can be customized with a wide array of gadgets and weaponry, one of which is a mini-drone that can aid players by laying down covering fire.

Working against a large enemy, players will have access to a variety of vehicles that include buggies, boats, and helicopters.

Breakpoint’s customization is not just based around weapons and tools, as there are classes that players will select during character creation.

When creating your Ghost, there are four classes to choose from: assault, sharpshooter, panther, and field medic. While each class has different skills available to them, all classes play differently with different progression systems.

Featuring co-op and single-player, Breakpoint hasn’t strayed from previous Ghost Recon titles, as it will include PvP and PvE experiences to face off against other Ghosts.

The multiplayer element of Breakpoint will have players entering a PvP arena to take each other on in a 4v4 match. The multiplayer doesn’t end there, as the endgame content is centered around raids.

Breakpoint is releasing on PlayStation 4, Xbox One, and PC on Oct. 4, 2019, with Google Stadia’s release window set for November 2019. Ubisoft already has pre-orders up for grabs, with a collector’s edition that comes with a Walker figurine and other content.