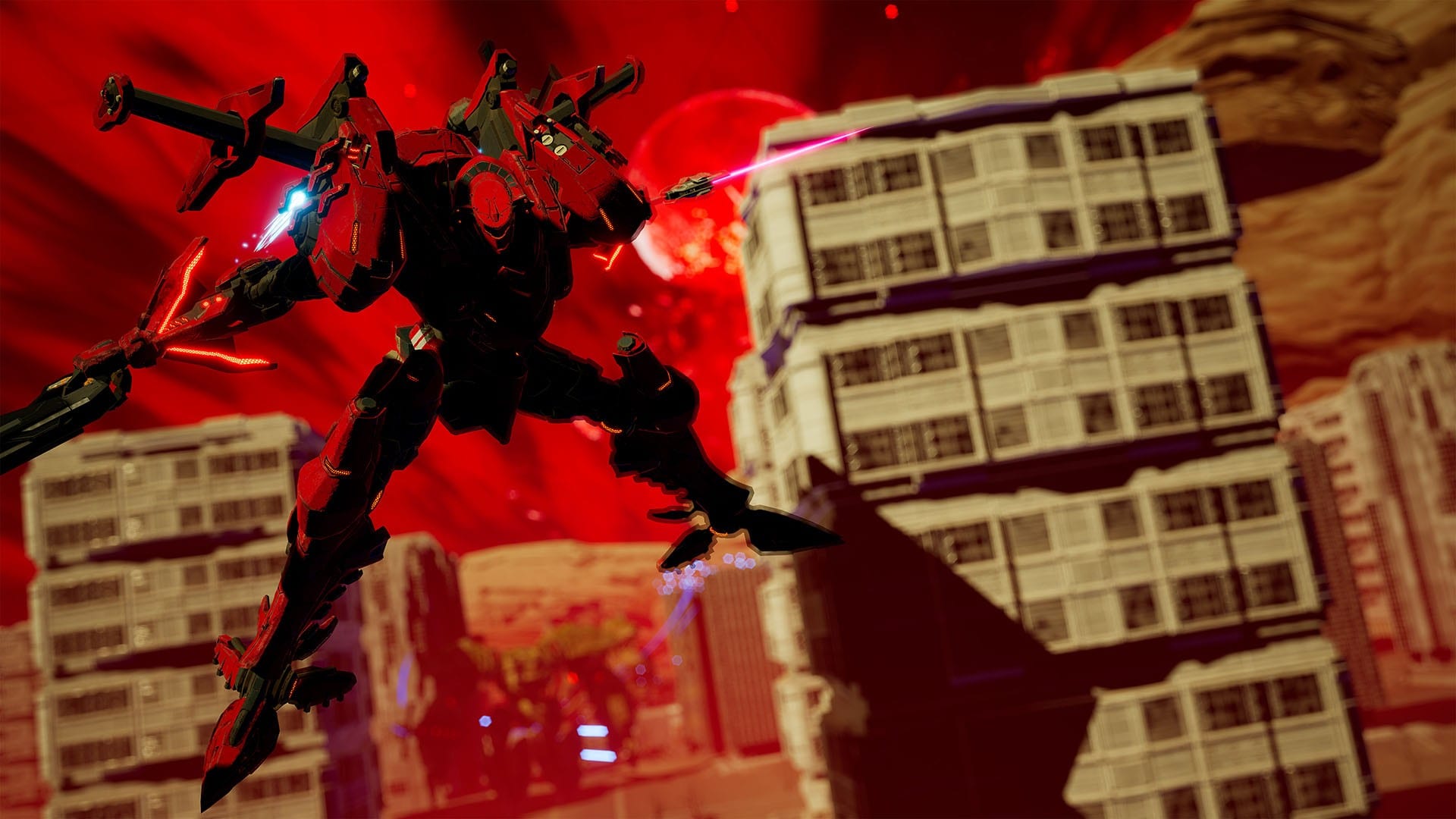 Daemon X Machina is all about fighting off the mechs and saving mankind, because you’re a good person like that. Of course, to stop the mechs, you’ve got to BE a mech… or just control one. Here’s everything you need to know on how to change mech loadout in Daemon X Machina.

How to Change Mech Loadout (Arsenal)

First things first, you’ll want to make sure you’re keeping your mech’s arsenal of weaponry the very best it can be. To do this, you’ll want to head to the main hangar, where you go between missions, and walk up to the main console that houses Four, the AI.

Press A to access the menu and then select the ‘Hangar’ option. Within the ‘Hangar’ you’ll be able to select the various weapons and armor that currently make up your mech and switch them out for other parts. It’s a rather simple system that enables you to fine-tune and customize your mech loadout to exactly how you want it.

Changing Weapon in a Mission

It’s also worth noting here that if you’re in a mission and need to quickly change your weapon, make sure you’re checking any downed mechs you’ve taken down. By going over and interacting with these mechs, you can search and equip their own weapons right on the spot.

How to Customize Mech Appearance in Daemon X Machina

Once you’ve fine-tuned your mech’s loadout, you’ll want to make sure it looks as formidable as its firepower suggests. To customize your mech’s appearance in Daemon X Machina, you’ll want to stay within the ‘Hangar’ option, but select the ‘Paint’ option.

This will enable you to edit the look and color of your mech with any of the preset options available from the start or with any decals you’ve unlocked from completing missions or shooting down certain Arsenal pilots.

Outside of that, there’s not a whole lot more you need to know on how to change mech loadout in Daemon X Machina. For more tips, tricks, and guides, be sure to search for Twinfinite.