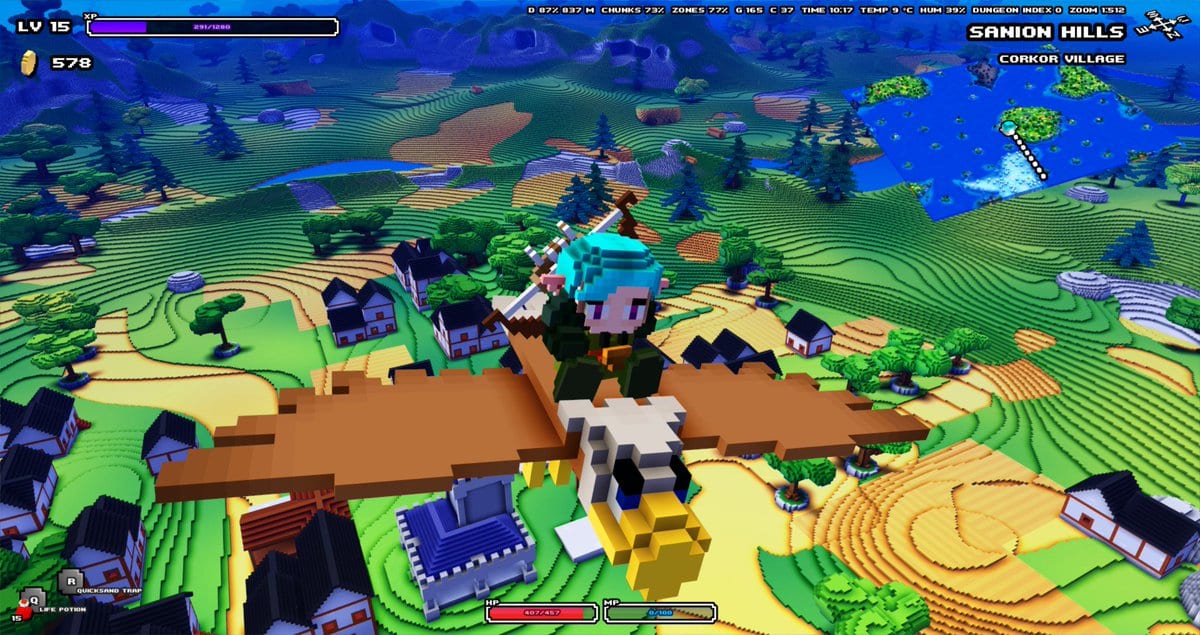 Cube World suddenly reappeared after a long silence earlier this month, and subsequent rumors, which were later confirmed, detailed an alpha session for backers. But now a new trailer announces the game will be coming to Steam a week later.

Fans of the game will surely have been keeping a close eye on Cube World developer Wolfram von Funck ever since his blog post explaining why the game’s development has been so stagnant. He’s been posting all sorts of tidbits since breaking his silence. This includes a cute gif confirming dog petting, which is obviously hugely important.

For those note in the know, Cube World was one of the few games that successfully challenge Minecraft’s dominance of the voxel-style sandbox experience. After years of early access, though, the game fell silent and appeared to be doomed. This month, though, the aforementioned transparent blog post was followed by a flurry of new information, culminating in today’s release announcement.

The Sims 4 Nifty Knitting Is Here & It’s Super Cozy; Everything You Need to Know