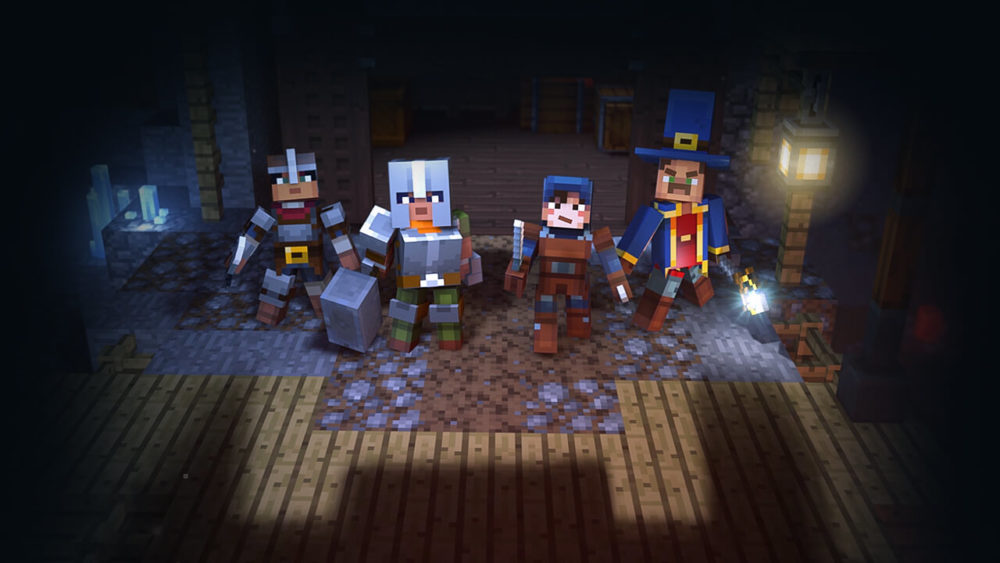 Somewhat surprisingly, Mojang had a pretty neat showing at Microsoft’s E3 2019 press conference. Yes, it was more Minecraft, but hey, it actually looked pretty awesome. We finally got to see some debut gameplay footage for Minecraft Dungeons.

Unlike vanilla Minecraft, Dungeons seems to have a much heavier RPG focus with character screens where you can equip appropriate armor and weapons that you can pick up. There are also power-up slots to enhance your character’s abilities.

In addition to that, the game is played from an isometric, top-down angle similar to games like Diablo III. The gameplay footage showcased the player character taking on skeletons and other classic Minecraft enemies. There also seemed to be puzzle elements where players would have to figure out a way to get past locked doors and wall obstacles.

Lastly, it was also revealed that Minecraft Dungeons would have local and online multiplayer support for up to four players.

Minecraft Dungeons will be coming to PC and consoles some time in Spring 2020. There’s no set release date, but we’ll be sure to update you once we have more info.