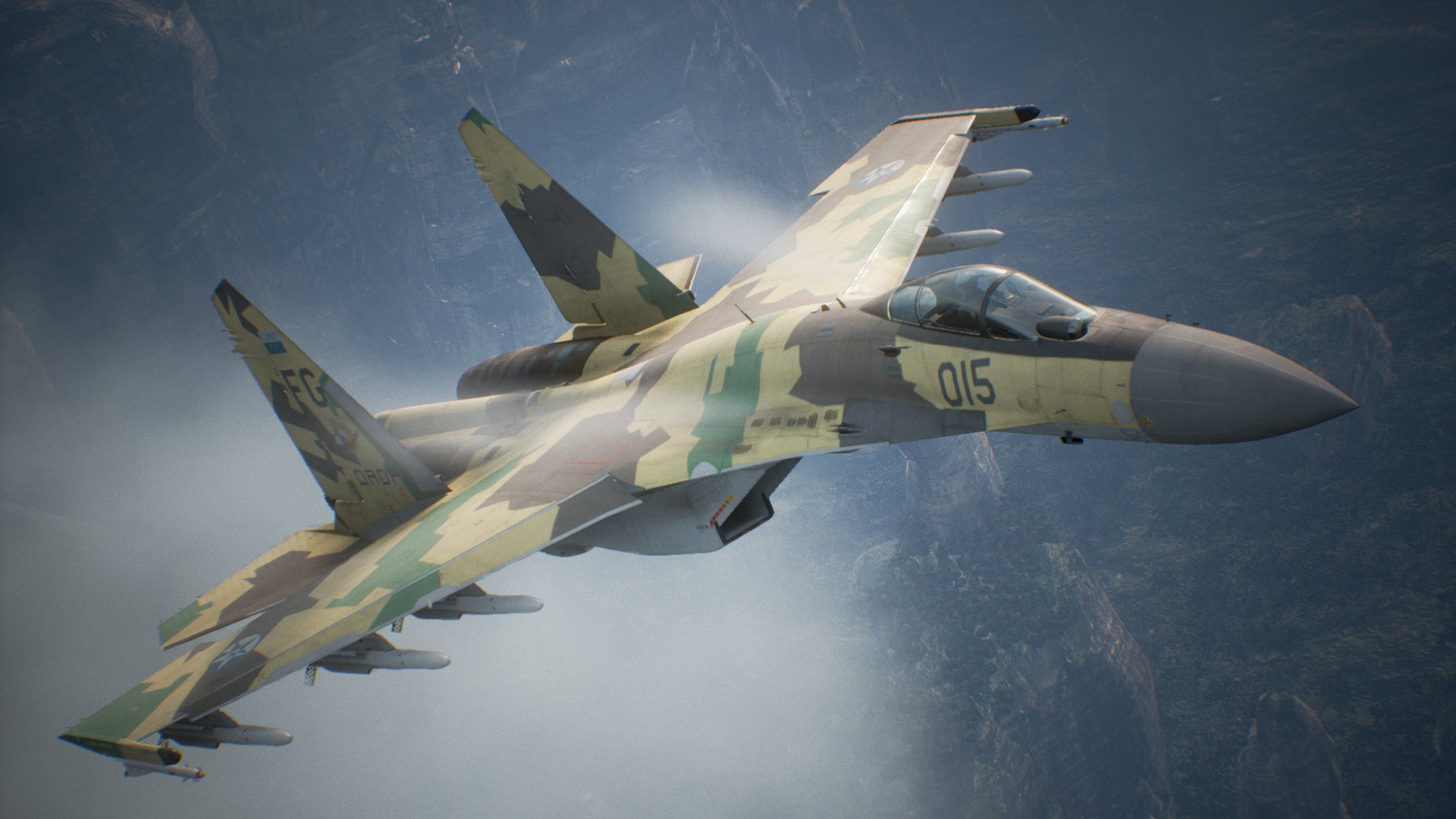 They will be released consecutively on September 25, October 23, and November 27. The titles are respectively “Unexpected Visitor, “Anchorhead Raid,” and “Ten Million Relief Plan.”

Each DLC will include a relevant gameplay feature, and the first one will come with electronic warfare support aircraft equipped with ESM (Electronic Support Measure).

The mission will include large scale aerial dogfights and the minimap will display a blue circle. That’s the indication of the coverage of our ESM aircraft.

Within that range, the lock-on accuracy of our missiles will be improved. This is important because the mission involves a very large number of aircraft to shot down. Taking advantage of the ESM will let the player do so more swiftly.

Under normal conditions, enemy aircraft may be able to evade missiles, but this will be much more challenging for them within the range of our ESM.

If you select the 6AAM special weapon, the ESM is especially effective and satisfying, since every single one of the six missiles you fire will likely hit the target.

That being said, the minimap will also display a green circle, that’s the area of effectiveness of the enemy ECM (Electronic Counter-Measure) Jamming.

Within that area, lock-on accuracy will be greatly reduced for the player.

The enemy ECM equipment is carried by E/A-18G Growler aircraft. Finding and shooting them down early on will be very important in order to clear the sky from ECM.

The ESM and ECM areas can overlap, and where that happens, the effect is neutral.

DLC five and six will also include similarly relevant new features to keep the content and challenge fresh.

Producer Kazutoki Kono told me during a preview event at Bandai Namco headquarters in Shinagawa, Tokyo, that he is confident that the quality of the DLC missions is on a similar level to that of the main campaign missions. They were very time consuming to develop, but they’re finally ready.

You can enjoy the trailer below (both in English and in Japanese, depending on your preference), and the previous video released a while ago.

If you’re interested in the future of the franchise, you should definitely read our interview with brand director Kazutoki Kono and producer Manabu Shimomoto, who provided a glimpse on what might come next.