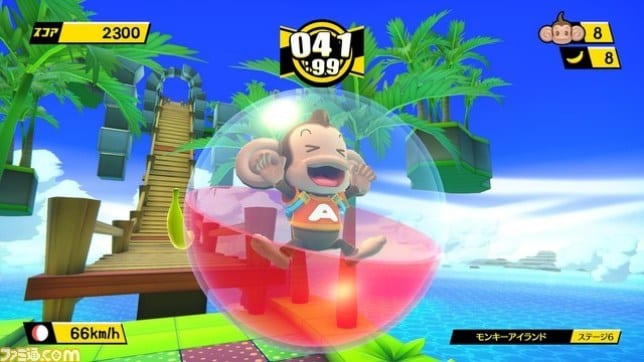 Streamed by Sega on Aug. 8, the trailer shows the remastered title in action and puts its banana-seeking monkeys on full display in stunning HD graphics.

Using inertia, stage manipulation and careful consideration of the hazards between them and their favorite fruit, players will need to stay vigilant and be able to clear puzzles to obtain what’s theirs without falling into the bottomless pits all around them.

This is easier said than done though. As with past entries, each level brings more hazards and challenges to overcome than the last.

These range from spinning log traps meant to push players off of ledges to bosses who launch endless barrages of giant snowballs that can flatten players into pancakes in an instant.

Fans of the original game will also notice that all of their favorite stages are intact. However, the added bonus of the remastered graphics and smoothed-out frame rate make it seem like a brand new experience in more ways than one.

It’s a sight to behold, and fans won’t want to pass up on viewing the full trailer down below.

Announced on July 16, Super Monkey Ball: Banana Blitz HD is the first title in the series to be released on modern consoles.

It also stands as the most recent entry in the long-running series, with the last game, titled Super Monkey Ball Bounce, released on iOS and Android in 2014.

It is likewise the first time Banana Blitz will be made available on non-Nintendo consoles, with the original release of the game being a Nintendo Wii exclusive.

Super Monkey Ball: Banana Blitz HD is set for release on PlayStation 4, Xbox One and the Nintendo Switch on Oct. 29, with a PC release via Steam currently slated for release in Winter of 2019.