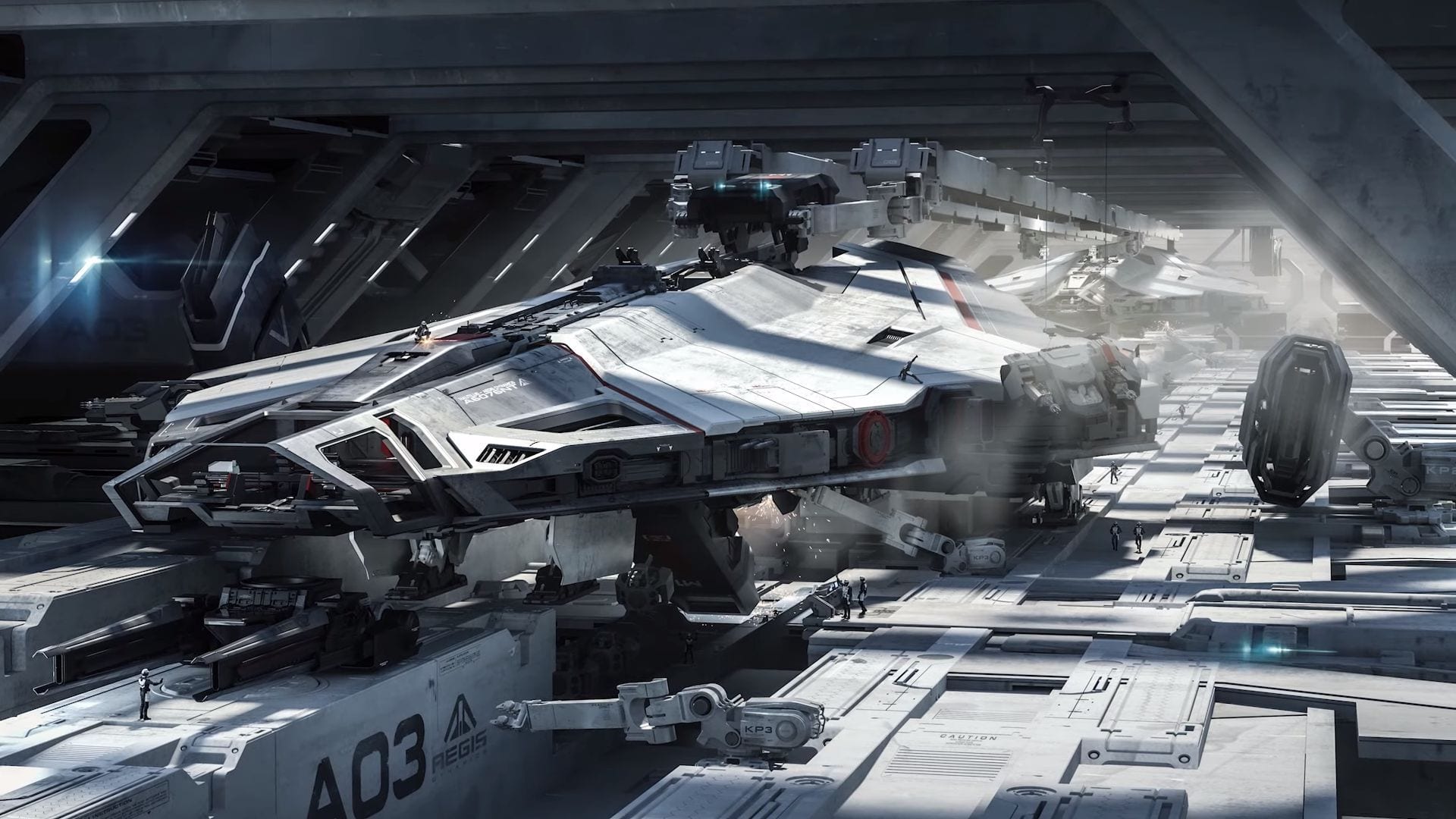 The first segment of the video showcases the newly-introduced Aegis Nautilus, a mine layer ship dedicated to those who want to engage in warfare with a more defensive approach that doesn’t involve as much shooting and maneuvering.

We then get to see some work done on the materials in the game and a few tentative liveries for the Vanguard.

An interesting look at gun attachments is followed by an overview of the new UI tools built for developers in order to let them create user interface elements faster and more efficiently.

In other Star Citizen news, the crowdfunding campaign has now passed 233 million dollars. At the moment of this writing the total is at $233,313,629, which means that the game made over a million dollars in a week.

The number of registered accounts is currently 2,362,267.

If you want to see more of the game, you can take a look at last week’s vdeo, which focused on the Origin 890 Jump.

For the sake of full disclosure, you should keep in mind that the author of this article is among the backers of Star Citizen since the original Kickstarter campaign a long time ago.