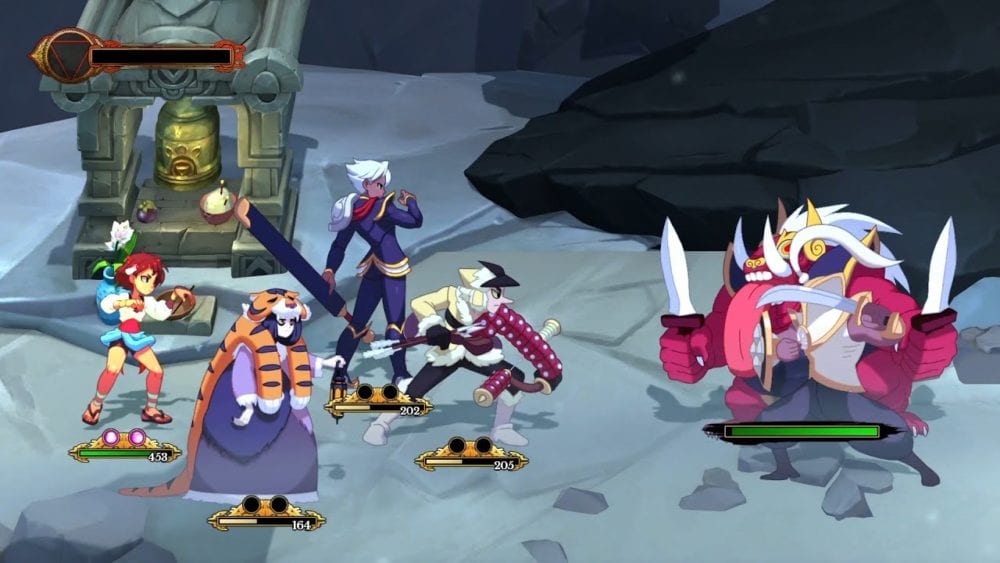 Developer Labzero’s anticipated side-scrolling RPG, Indivisible, finally has a release date. The game will come to PS4, Xbox One, and PC this Oct. 8 in North America and Oct. 11 in Europe. A Switch version is on the way, but it won’t release until a later date that hasn’t yet been confirmed.

Indivisible has been in development since 2015; an Early Access demo version of the game called Prototype was released in tandem with its successful crowdfunding campaign that same year.

Publisher 505 Games describes the game via a press release:

“Spanning a fantastical world with dozens of playable characters, a rich storytelling experience and gameplay that’s easy to learn but difficult to mater, Indivisible revolves around Ajna, a good-natured tomboy with a rebellious streak.

Raised by her father on the outskirts of their rural town, her life is thrown into chaos when her home is attacked, and a mysterious power awakens within her.

The game’s huge fantasy world, characters and aesthetic design are inspired by various cultures and mythologies. Throughout Ajna’s quest, she’ll encounter many “incarnations”; people she can absorb into herself and manifest to fight alongside her.”

Labzero is best known for the cult-hit fight game Skulls, whose eye-catching aesthetic and rewarding combat earned it critical acclaim. That same artistic flair and exciting gameplay have certainly carried over to Indivisible from what we’ve seen and played so far.

A new demo of the game will be playable at Gamescom 2019, and it takes place in a never before seen area called Tai Krung City, which is described as “a bustling metropolis crammed into a narrow mountain crevice, where Ajna and her allies will take to the rooftops to explore and battle a powerful kingpin to save this city of perpetual night from total domination.”

You can check out the new release date trailer for Indivisible below:

Twinfinite played the latest build of Indivisible at EGX Rezzed this year and thought very highly of it. You can read our preview here.

Indivisible is available for Steam pre-order now, which include bonus items such as Ajna’s pet tapir Roti, and other exclusive character skins.