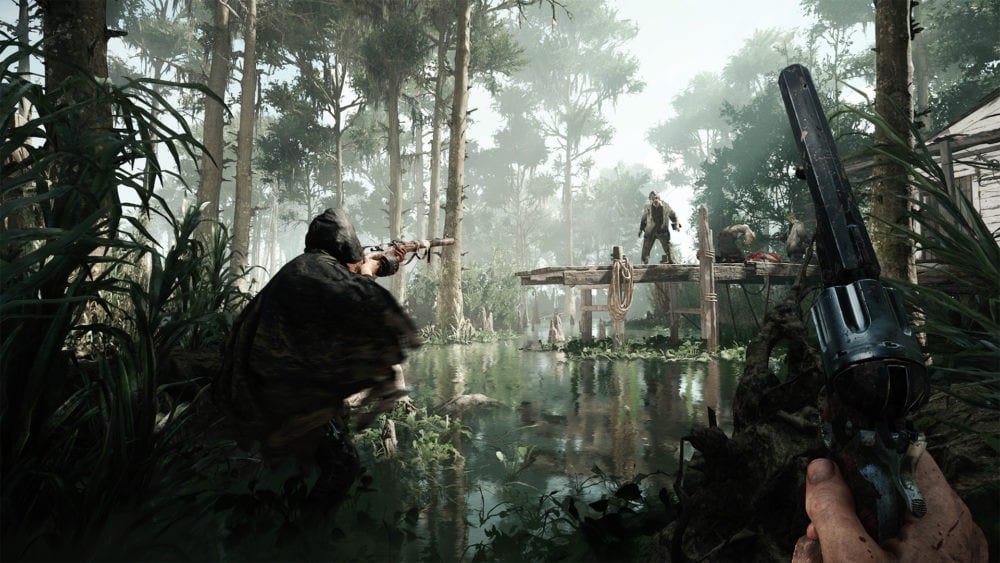 Hunt: Showdown originally launched in Steam Early Access in February 2018 and is now fully launched on Steam for $39.99, and $44.99 with the new Legends of the Bayou DLC included.

The Legends of the Bayou DLC contains two legendary hunters, two unique weapons, and 500 Blood Bonds. Those who already bought the game during early access can purchase the DLC separately for $9.99.

“Hunt: Showdown’s development has been completely community-driven, and that has been such a rewarding experience for the entire team,” said producer Fatih Özbayram. “Together with the community, we were able to create the fun, tense, memorable gaming experience we set out to make.”

While the PC version reached 1.0 today, the Xbox One version was expected to launch alongside it but has been delayed with no new release date.

“We are deeply sorry to say that the Xbox launch will be delayed,” the Hunt Team said on Monday. “We want to bring you the best possible version of Hunt for Xbox, and to make sure it is on the exact same level as the PC version.”

Check out the launch trailer for the game and its DLC below.