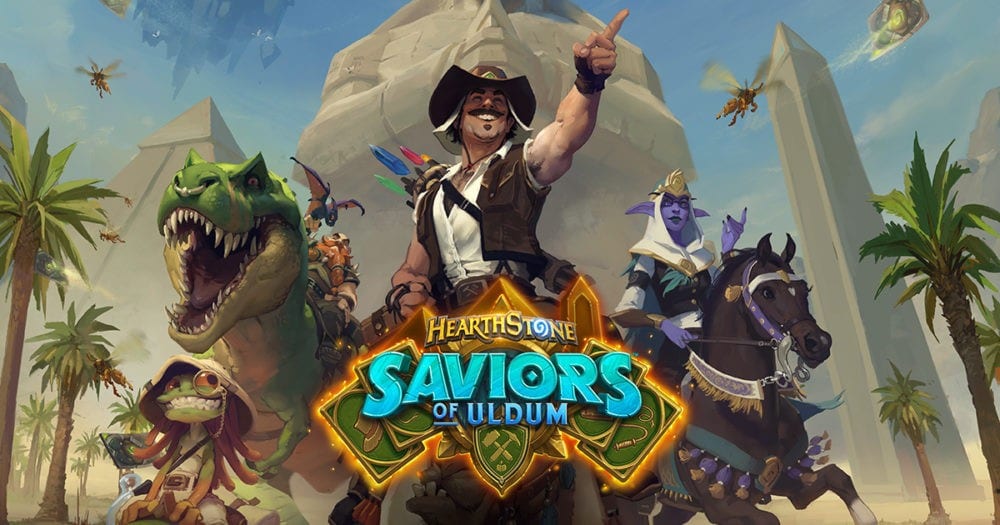 Saviors of Uldum is Hearthstone’s 12th major expansion, adding another 135 cards to the meta. Making a return are one-mana quest cards, and this time around their reward is an alternate hero spell that’s more powerful than standard. In the case of the Mage class, the quest card is called Raid the Sky Temple, and in this guide we’re going to give you some tips on how to beat it and get the Ascendant Scroll hero spell.

Where to Get Raid the Sky Temple

You may have been lucky and been given this Legendary card as your free quest card for logging into the expansion, but fear not if that wasn’t the case. Like all Saviors of Uldum Cards, Raid the Sky Temple can be acquired a number of different ways.

Cards can be acquired as rewards for winning Arena games, or via packs purchased at the Shop — either bought with Gold or with real-world money.

If you have the Arkane Dust to burn then there’s always crafting, too. Here are the costs:

This quest suits a Cyclone Mage-style build where you’re constantly throwing out different spells. It shouldn’t take you long to complete this one. Here are some recommended cards:

Honestly, right now Ascendant Scroll isn’t so strong that you’d base an entire deck build around it. The card is useful for getting you out of sticky situations in the late game if you’re struggling for cards and spells, but most solid Mage builds shouldn’t really ever find themselves in this position. This is likely to change with future expansions/tweaks to the meta.

That should give you a good idea of how to beat it Raid the Sky Temple get the Ascendant Scroll hero spell. For more useful Hearthstone Saviors of Uldum guides, be sure to search Twinfinite. Otherwise, we’ve listed some related content below you might find useful.