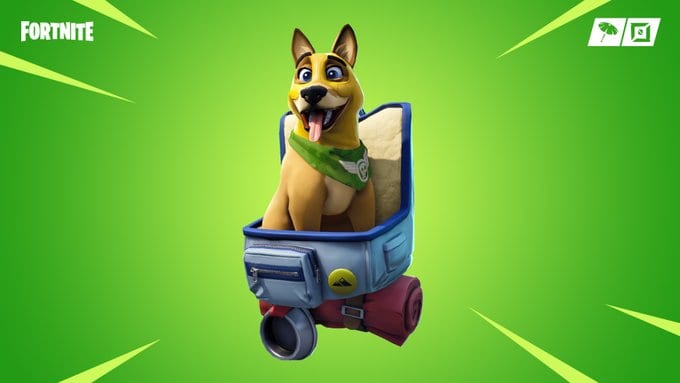 Epic Games isn’t having the best time with Fortnite and keeping its fans happy right now. With the controversy surrounding the powerful new, BRUTE mechs still bubbling away, the developer and publisher is now issuing refunds for all players who purchased the Gunner Pet following player backlash.

The Gunner Pet, which arrived in the game’s Item Shop just yesterday morning was removed after players noticed that the mask the dog was supposed to be wearing was barely visible. If we’re being honest, it’s a very basic reskin of a pet back bling that was introduced with the Season 6 Battle Pass, and it was up for 1,000 V-Bucks in the Item Shop, more than a Battle Pass itself.

I don’t see a difference at all pic.twitter.com/2IaKDHrhxC

Following a number of fans pointing out just how similar the Gunner Pet and the original pet from Season 6 (like @PatFritz8 on Twitter) were, Epic Games tweeted out to alert fans that a refund process was going to take place over the next couple of days.

Anyone who purchased Gunner and refunds it prior to this make-good will instead receive 200 V-bucks and a replacement Refund Token that can be put towards any eligible items that were purchased within the past 30 days.

Anyone who purchased Fortnite’s Gunner Pet will be fully refunded, and an additional 200 V-Bucks will be given to each player. The pet will then be removed from players’ Lockers.

For those who are one step ahead of Epic Games and has already refunded the skin will receive the additional 200 V-Bucks and a Refund Token that can be put towards eligible items purchased within the last 30 days.

Fortnite also received its 10.10 content update yesterday which switched out Mega Mall for a Fiend-infested Retail Row, and made a number of changes to the controversial BRUTE mechs. You can check out the new update now on PC, PS4, Xbox One, Nintendo Switch and mobile devices.