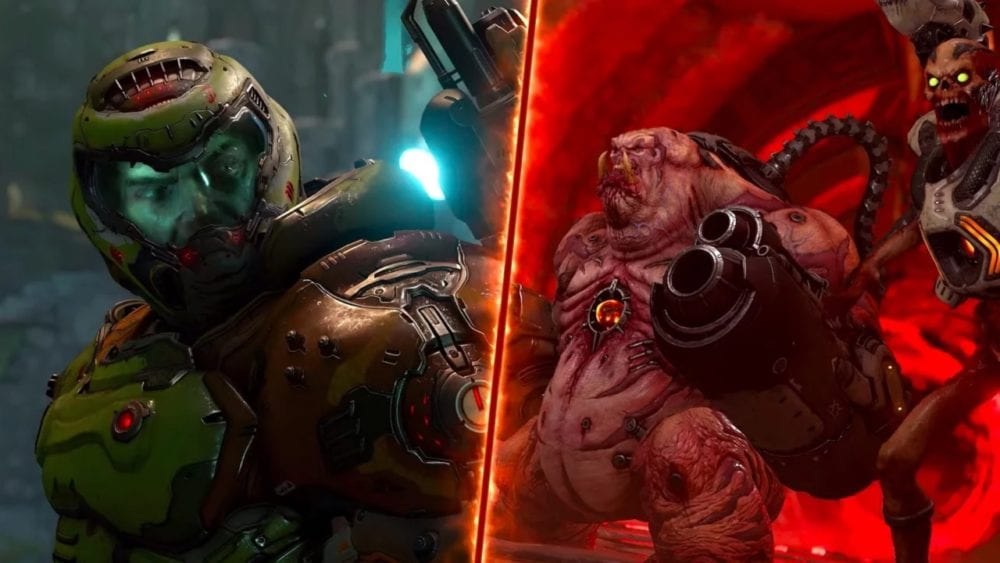 Doom Eternal’s Battlemode overview focuses on the new multiplayer that comes with the game at launch, and provides a more detailed look at the anticipated game mode. Battlemode pits two Demons against a Slayer to emulate DOOM Eternal’s single-player campaign’s high-octane combat.

A quick breakdown of Battlemode:

Those deciding to play as demons can select from five different Demon types, however only three have been revealed so far, and players will be working together to try and take down the player-controlled Slayer, who is working towards the same goal – butchering those two demons, but not with any ease as each side has a few tricks not available to the other.

The three Demons that were mentioned and their abilities:

The Revenant: Equipped with a jet pack and the ability to dash, they can shoot the Slayer with shoulder mounted rockets. Claimed as being the most versatile of the demons from the video – the Revenant has a special attack that is a targeted rocket barrage.

The Pain Elemental: The only Demon that can fly, but can use a soul shield that will need to get charged, otherwise like in single player can get easily turned into chunks by a Slayer with fast reflexes.

The Mancubus: This beefcake is the tank of the bunch, coming with high health, heavy cannons, flame throwers and even smoke grenades, it might be a good option to try and face a Slayer head on, that is if it doesn’t forget the Slayer can use stealth against it.

Demons can see the Slayer through walls, but if the player-controlled Slayer rushes out of their line of sight, it can leave the demons open for an ambush. Demon players will need to work cooperatively and use strategy to defeat the Slayer, who is not coming lightly equipped. Slayers that face off against two player-controlled Demons have their full arsenal and mods from single-player made available to them (except for the BFG).

The playing field in Doom Eternal’s Battlemode is not one sided, as even features in the single-player game will be in this mode such as portals and jump pads that can be taken advantage of by either side. As every round is won, players can have access to power items and upgrades like summoning the baron of hell for the demon team or getting access to the BFG for the one-man killing team of slayers.

Demons can make use of hazards like fire traps and poison clouds – planting them in areas like choke points or portals while AI-controlled lesser demons can distract the opponent. Meanwhile, slayers can still gain health, armor, along with ammo from chainsaw, glory, and torch kills they would utilize in DOOM Eternal’s single-player.

Id Software did not opt for decreasing the intensity of matches, as slayers have only twenty seconds to kill the final demon they are facing. If they fail, the second demon player comes back with half health, forcing slayers to think on their feet.

Id Software has confirmed that more demons and maps will added to Battlemode for free after Doom Eternal releases on Nov. 22 for PC, PS4, Xbox One and Switch.