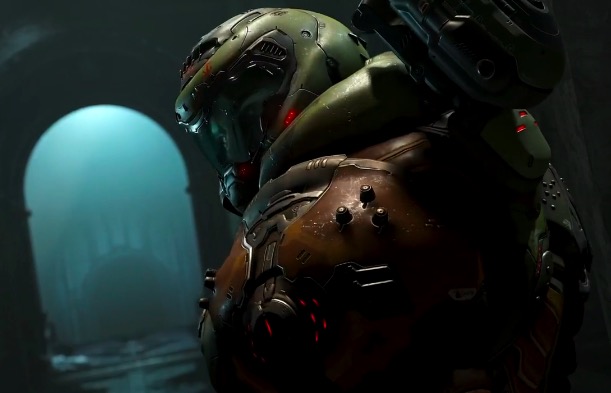 For Bethesda’s E3 2019, all eyes were on Doom Eternal, as fans eagerly awaited more news from the highly anticipated sequel to the 2016 Doom reboot. The publisher did not disappoint, as they ended the presentation by presenting a bunch of brand new information for the title.

In the trailer above, we see Doomguy fighting off hordes of new enemies, as he protects the Earth from being overrun by demons. It was revealed that Earth isn’t the only local in the game though, as the game will feature multiple different dimensions.

Alongside Heaven and Hell, Doom Eternal travels to the sentinel homeworld, a land lush with new demonic creatures to destroy. While the new story was interesting, the trailer exhibited that the gameplay is as fluid as ever.

Whether flying around with the grappling hook, curb stomping demons, or using one of the many insane guns, it’s clear Doom Eternal is using the same formula that saw the 2016 reboot find success.

Singleplayer wasn’t the only mode shown off at the event though, as the newly announced Battlemode took center stage. In Battlemode, two demons are pitted against one slayer in a fight to the death.

This unique multiplayer mode has the demon characters control the battlefield, sending AI enemies out to try and defeat the slayer. While details are sparse at the moment, more info is set to come at Quakecon 2019.

Last but not least, Bethesda revealed the most important information of the night: the release date. Doom Eternal will release for PC, Nintendo Switch, Xbox One, and PS4 on Nov. 22, 2019.

For more information be sure to check out Twinfinite’s full coverage of Bethesda’s E3 2019 press conference, and the entirety of the event, as it unfolds live.