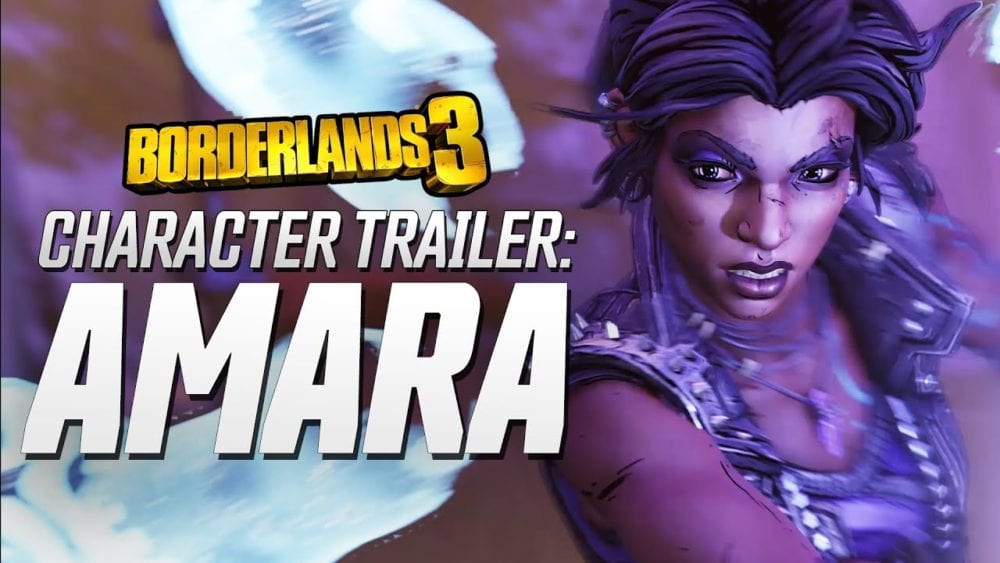 Publisher Gearbox Software continues to roll out the story and character trailers as we draw closer to the release date of their hotly anticipated looter-shooter Borderlands 3, and today they’re introducing another all-new character called Amara.

In the below trailer we get a good the new ‘Siren’ class character Amara, who makes it abundantly clear she’s never one to back down from combat. She’s described by Gearbox as “a powerful brawler, renowned champion of the people, and bonafide Siren badass.”

While it’s all in-engine footage, the trailer is more of a tone piece than a gameplay presentation, though we do get a glimpse of Amara’s Phase abilities.

Amara’s Phasegrasp, Phasecast, and Phaseslam are shown in action as she chases away a bunch of goons before being inadvertently lured into a bandit camp.

In case you missed them, other recent Borderlands 3 character trailers include Moze and her mecha friend, as well Zane, a semi-retired corporate assassin.

Elsewhere, Gearbox revealed plans to showcase post-launch content for the game at Gamescom and Pax West during an investor call.

Borderlands 3 will launch on September 13th for PS4, Xbox One, and PC. It will be exclusive to the Epic Games Store for a year on PC before presumably being rolled out to Steam and other clients.