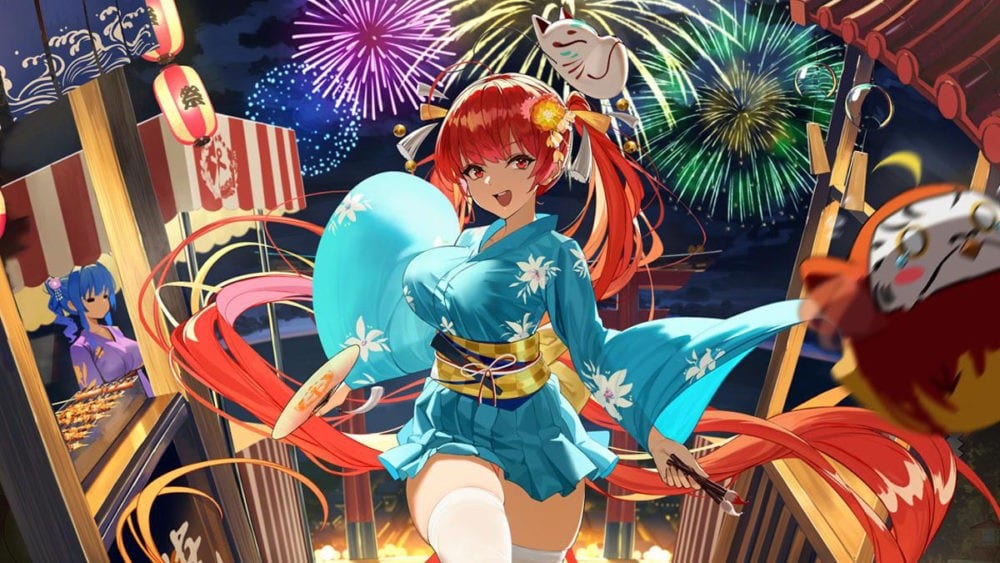 As the summer draws on, Yostar is continuing to offer updates on the content coming to the popular mobile game Azur Lane.

This time around, the shipgirl who is pretty much known as a living meme is getting a retrofit.

You probably guessed who she is, San Diego. Of course, this is for the English server, since the retrofit has been available in Japan and China for some time.

We also take a look at two lovely summer festival-themed skins coming to the English servers as well, one for Sheffield and one for Honolulu.

Two more summer festival skins for Inazuma and Ikazuchi have been revealed for Japan.

It’s likely that they’ll come to the west as well, but this hasn’t been confirmed just yet.

As a bonus, we also get a look at the sketching process of Sheffield’s skin by her artist MayaG.