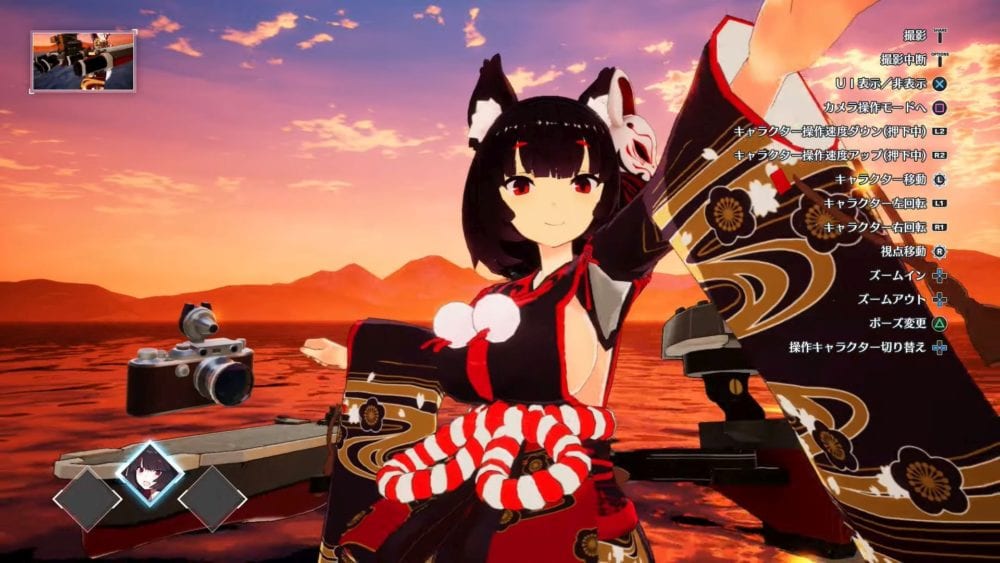 The first video is the first animated look at the game’s photo mode, which allows you to set your shipgirls’ position, animation, facial expression, camera angle, and zoom level.

Protagonist of the video is the cute Yamashiro, shown from all angles.

We also get to see several settings, and it certainly appears to be a feature that shipgirl fans will throughly enjoy. It’s unlocked at the end of chapter 1 of the story mode.

It’s a whopping 30 minutes of gameplay in total.

As usual, do keep in mind that spoilers are included, even if they may be considered pretty mild if you don’t understand Japanese.