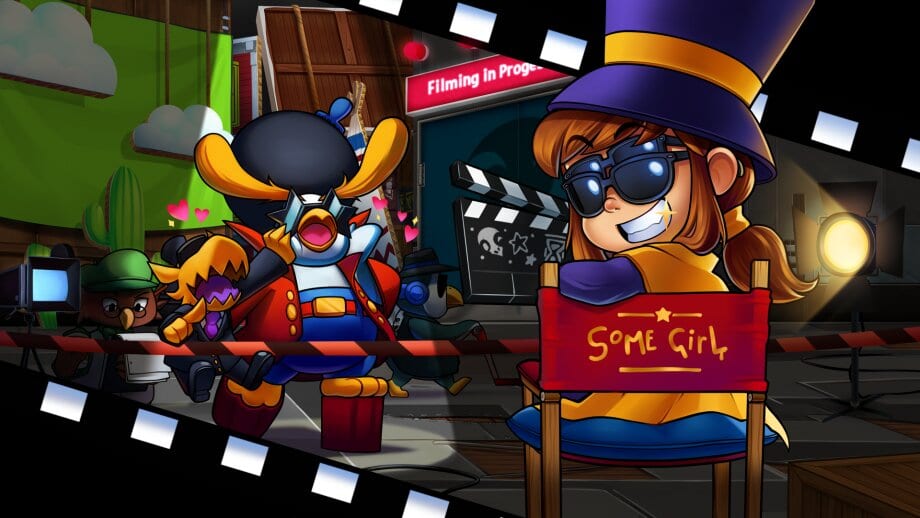 Humble Bundle and Gears for Breakfast have finally announced the release date for A Hat in Time on Nintendo Switch, which will be launching both physically and digitally on October 18. You can watch the announcement trailer down below, courtesy of IGN.

The adorable cartoony platformer is a perfect fit for Switch, considering it takes serious inspiration from games like Mario 64 and Banjo-Kazooie. We gave the game a 4/5 when we reviewed it back in 2017, praising its charm and style.

If you’re unfamiliar with A Hat in Time, here’s a description of the game via its Steam page.

“In A Hat in Time you play as a tiny space-traveling girl with a big tophat. Her adventure is halted when all her fuel, the Time Pieces, is lost and scattered across a nearby planet. Hat Kid must now jump, fight and stitch new hats to make her way into every nook and cranny of this new world in order to restore her fuel and resume her journey. On her way, she’ll bump into the menacing Mafia of Cooks, the goofy birds of Dead Bird Studio, the spooky shadows of Subcon Forest, and more!”

The physical edition of A Hat in Time will include the “Seal the Deal” DLC, which adds on a new story chapter, challenge mode, cosmetic items, and more. The digital edition won’t include Seal the Deal, unfortunately, but it can still be purchased separately.

Interestingly, Seal the Deal currently isn’t available for PS4 and Xbox One, and as of yet Gears for Breakfast hasn’t announced plans to release it. This means that, right now, it looks like the Switch will be the only console version to get the DLC.

Another new feature with the Switch version is full-screen co-op play, which was previously only available in the PC version.

A Hat in Time releases on Nintendo Switch on October 18. The game is currently available on PlayStation 4, Xbox One, and PC.