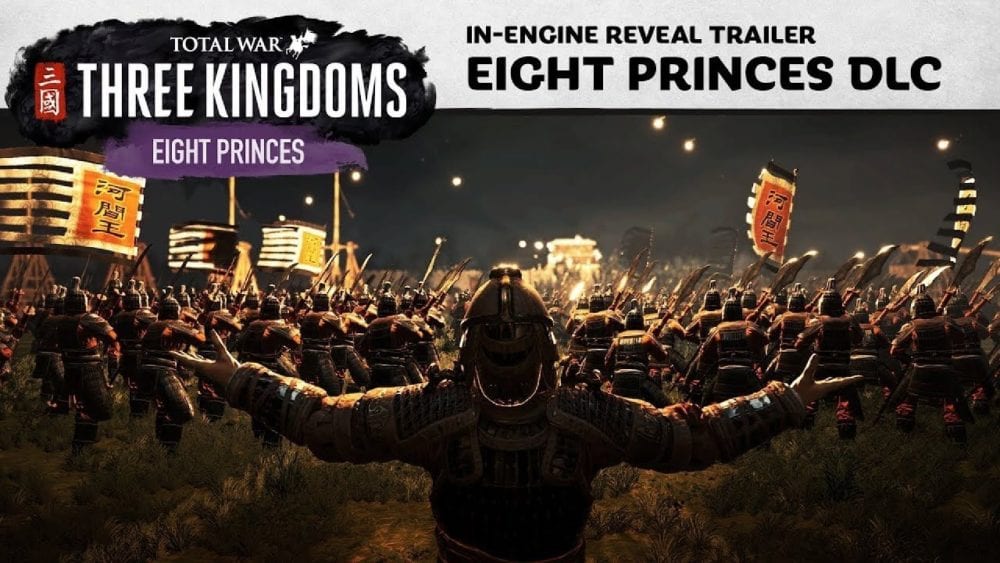 Creative Assembly, the developers behind the Total War series have announced the first chapter pack for their latest and best release, Total War: Three Kingdoms.

This chapter pack, the Eight Princes, takes place 100 years after the setting of the main game, during the Jin dynasty. In it, you will lead one of eight new factions, the titular princes, in their own bid to overcome one another and seize the throne for themselves.

The Eight Princes will be a standalone campaign that adds new factions, units, and mechanics to the game, and changing up the flow of the game with the positioning of these new factions.

In this way, Creative Assembly is able to repurpose the fantastic campaign map they have created for Three Kingdoms, and in doing so add even more replayability to a game already near infinitely-replayable.

Hopefully, this means there will be some more action in the southern half of the map, as the mountainous terrain is beautiful, but mostly uninhabited during the time frame of the main campaign.

Check out the announcement trailer for yourself, it gives you a sense of the tone and setting and is suitably dramatic.

Eight Princes is only a few short weeks away and will be available Aug. 8.