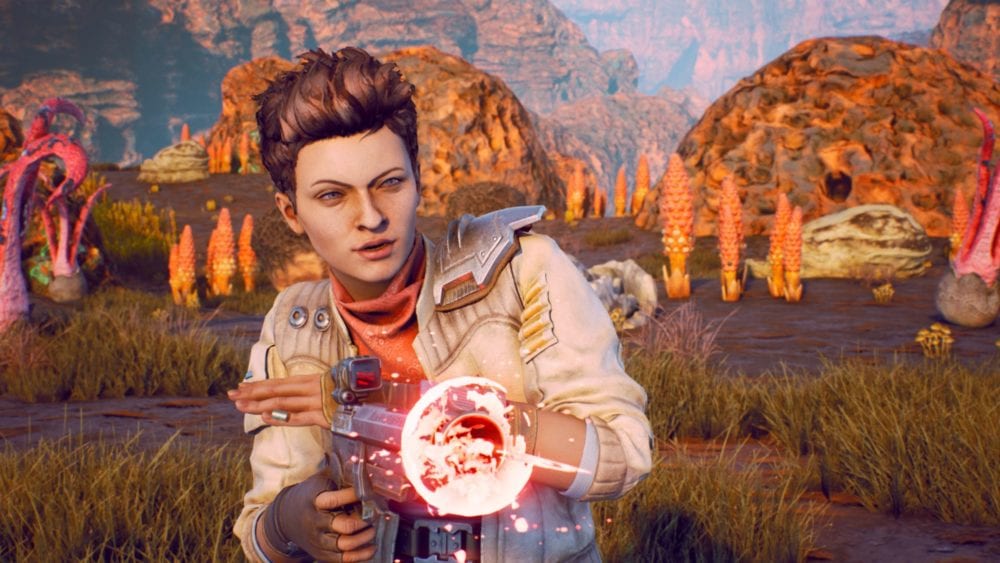 Nintendo has announced today that The Outer Worlds, the upcoming sci-fi RPG from Obsidian and Private Division, is officially coming to the Nintendo Switch. The port is being worked on by Virtuos, who previously worked on the Switch versions of Dark Souls Remastered, L.A. Noire, and Starlink.

While there’s currently no release date given for the Switch version, Nintendo did upload a video featuring the game’s Senior Producer, Matthew Singh, which you can watch down below.

In the video Singh introduces a bit of the setup for The Outer Worlds, including how your main character is from a colony ship that had been lost in transit, and not wakes up from sleep 70 years later.

The Outer World puts a heavy emphasis on humor, and a universe run by corporations. It certainly bears a striking resemblance to some of Obsidian’s past titles, like Fallout New Vegas.

With that, there’s a focus on player choice, with everything from how you design your character to how you interact with the inhabitants and factions of each planet.

Another interesting aspect touched on by Singh is the flaws system, which incorporates how you play into your character. The example that was used is that if your character is taking a lot of hits to the head, you might get an option to take a permanent concussion.

This would make things harder as you take hits to the head, but would also reward you with an additional perk that you can use to build and strengthen your character. Taking a flaw like this even plays into how other characters perceive you, as your companions might start commenting on your concussion.

With the game coming to Switch, if you missed the last trailer from E3, you can take a look at that here.

The Outer Worlds launches on October 25 for PlayStation 4, Xbox One, and PC. The Nintendo Switch launch will be coming at some point after that.