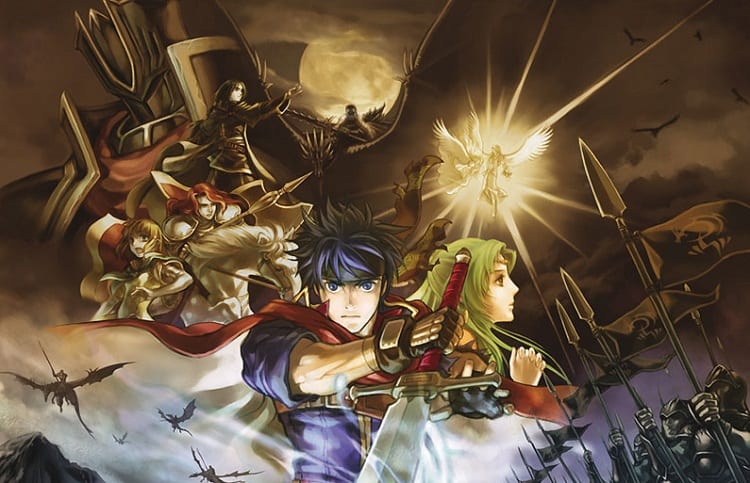 Fire Emblem Awakening is the game that saved the series. It was intended to be the last Fire Emblem game, but attracted to many new fans that it breathed new life into the series. What this means, however, is that there are a lot of Fire Emblem fans out there that haven’t experienced the older games. In particular, one of the very best games in the series is only playable on the Nintendo GameCube, and it’s a real shame.

Fire Emblem: Path of Radiance released exclusively on the GameCube in 2005, and although it released to wide critical acclaim, Fire Emblem simply wasn’t the mega-series it is today.

This means that the game ended up being a bit niche, especially considering it was on a console that didn’t sell incredibly well to begin with.

Path of Radiance was a big big change for Fire Emblem as the very first fully-3D title for the franchise –the first to feature voice acting and CG scenes, and more. It was also quite the departure in terms of story and, especially, its main character.

In almost every Fire Emblem game out there the main character is a young lord or lady, struggling against the war and strife that has come to their land. In Path of Radiance, though, you play as Ike, a young mercenary with no noble blood whatsoever.

On top of this there’s no twist that Ike’s actually a noble or anything, he’s just a commoner through and through with an extremely talented father who taught him the ways of combat and leads the Greil Mercenaries.

This unique perspective was a great way to jump into Path of Radiance’s story, which adopts a much more serious tone than other typical Fire Emblem games.

The series has always told stories that deal with the consequences of war, but Path of Radiance truly tried to do something more with its story.

The world of Tellius, the setting for Path of Radiance, consists of multiple nations inhabited by two different races, the human-like Beorc and the shapeshifting animal race called Laguz.

For generations, the Laguz have suffered at the hands of Beorc through enslavement, genocide, and general discrimination, forcing them to by and large live away from humans.

While Path of Radiance may not dive full-force into racism, it brings a surprisingly effective social commentary on the matter. Much of the world of Tellius views Laguz as lesser beings, calling them derogatory names like “sub-human.”

Even some of your own party members hold these views, and have to learn and grow to accept the Laguz soldiers that fight alongside you, something many of the game’s optional scenes and support conversations flesh out.

Again, this is where Ike’s common life comes into play, as he’s simply never been exposed to the ideas of racial tension between Beorc and Laguz.

Ike accepts everyone for who they are, and allows the player to view racial tensions from the eyes of someone that can see how ridiculous it all is, and instantly accepts Laguz as equals.

So often when games deal with racism or discrimination it comes across as ham-fisted and forced (looking at you Detroit: Become Human), but Path of Radiance manages to straddle the issue with surprising grace, backed up by strong writing and characterization.

It’s a surprising thing for any game to tackle seriously, let alone a hardcore Japanese tactical RPG. Apart from the weighty themes, of course, Path of Radiance simply knows how to tell a good story.

Ike is an incredibly likable and grounded protagonist, part of why he’s been so popular in Smash Bros., and the game’s major villain, the Mysterious Black Knight, plays a great foil. Where Ike is young and hot-headed, the Black Knight is cool and ruthless.

The game also introduced a new “Base” mechanic to the series, that let you do a number of things before advancing to the next chapter.

In the base, you can buy items, award bonus experience, set support links, and view a number of optional scenes that help flesh out the world and characters.

Past Fire Emblems games made it hard to get to know your different units after they’ve been recruited, relegating any of their addition dialogue to support conversations that you had to activate in battle.

Path of Radiance, though, makes a point of providing extra context on side characters, and oftentimes rewarding you with helpful items or weapons whenever you view optional scenes.

At the same time, it has a brilliant bonus experience system, letting you earn extra XP for performing well in battle.

You can then use this XP to level up any character, making it much easier to use the characters you want in battle, upgrading them to your current fighting power with a few levels.

Path of Radiance’s story takes place over one year and chronicles Ike and other’s journey to retake the kingdom of Crimea from the militaristic Daein Empire.

It’s easier to follow than something like Awakening, because it tells one synonymous chronological storyline, without any major time skips or multiple interweaving plotlines.

It’s a classic underdog story for the ages, as Ike literally goes from zero to hero, having to grow up all too quickly and lead a band of mercenaries after the death of his father, which then turns into leading an entire army.

Ike is inexperienced and impulsive, but he truly cares about doing what’s right, making him an easy figure to cheer for.

Absolutely gorgeous CG scenes also highlight big story moments, truly feeling like a reward for making it up to that point.

I could go on and on about Path of Radiance all day, and while that’s all well and good, this now brings us to the problem of actually playing the game.

Path of Radiance released near the end of the GameCube’s life, and as I stated earlier, its niche appeal at the time meant that there simply weren’t a lot of copies printed.

Unfortunately, there’s literally no way (legally) to play Path of Radiance without a GameCube copy, leading to the game being exorbitantly priced these days.

At the time of writing this article the cheapest we could find the game was for roughly $216.00 used on Amazon, or on eBay with bidding starting at $60.

It’s incredibly irritating that’s it’s virtually impossible to play one of the best Fire Emblem games out there, without paying through the nose.

To make matters worse, there are countless players introduced to Ike through Smash Bros., with no way of knowing his origins. The same thing happened when Marth and Roy were introduced in Super Smash Bros. Melee, but at least Shadow Dragon fixed things for Marth.

Ike is overwhelmingly one of the most popular characters in the entire series, winning almost every popularity contest that Fire Emblem Heroes has held, on the male side at least.

Fire Emblem has become a major series for Nintendo now, with their top-performing mobile game, Fire Emblem Heroes, and spinoffs like Fire Emblem Warriors. With Three Houses looming on the horizon for Switch, it’s likely that the series will get bigger than ever.

At some point, Nintendo needs to address the fact that new Fire Emblem fans can’t play so many of the past titles, unlike Mario and Zelda which have multiple options for replaying classics.

Fire Emblem Echoes: Shadows of Valentia opened up a new possibility of remaking past games with the Echoes moniker, and Path of Radiance could benefit incredibly from the unit pairing introduced in Awakening.

On the other hand, simply putting a GameCube Virtual Console on Switch would be another avenue, and it’s a program that tons of fans are dying for anyway.

The Nintendo Switch is the perfect system to give old games new life again, and Fire Emblem fans deserve another chance to journey with Ike and his friends.