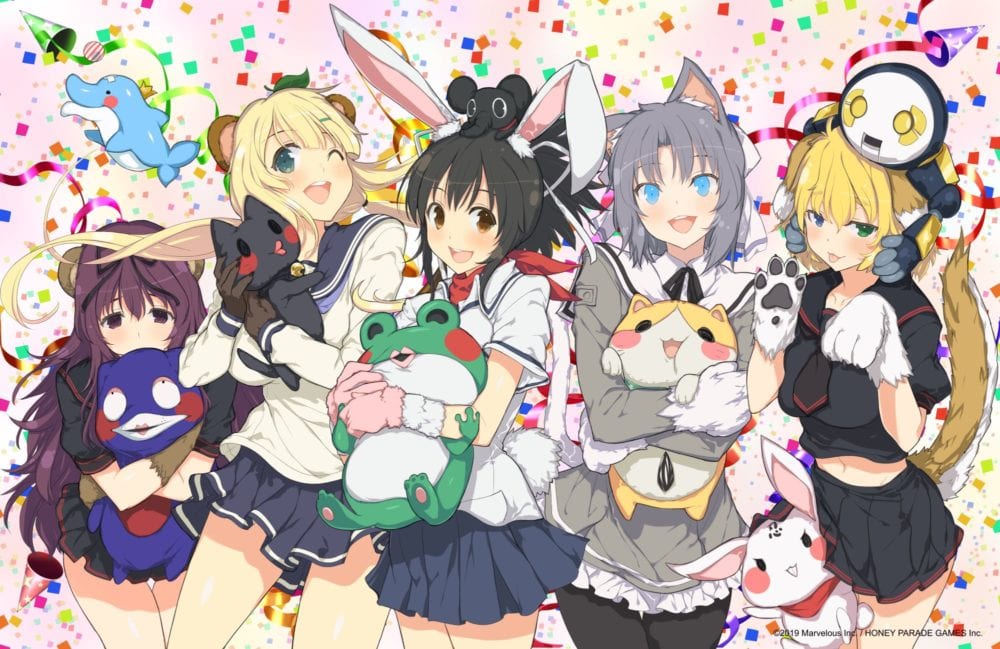 The PC release was originally announced back in May, and now we know that it’s coming on August 14.

Of course, the PC version will include support for higher framerates and more resolutions compared to the original game on Nintendo Switch (which is already available).

If you’re unfamiliar with the game, here’s an official description directly from XSEED:

“So…this is going to take some explaining. Haruka, the mad scientist of Homura’s Crimson Squad, is up to her usual experiments again, brewing up mysterious concoctions with unknown effects. Unfortunately for her fellow shinobi, she’s chosen the local arcade she works at as her laboratory, storing her experiments in the bathroom. After an accidental outbreak infects five of her shinobi friends, she learns that her latest concoction can transform those exposed to it into animals, at least mentally.

Now, with Asuka, Yumi, Yomi, Ryona, and Murasaki causing wild havoc in and around the arcade, Haruka has devised a way to return these shinobi to their senses: the mystical Peach Ball. Applied to a subject’s body repeatedly, with the proper vibrational force, it can undo the effects of her experiment. Conveniently, it’s just the right size for a pinball table. Now all Haruka needs is a skilled assistant to operate the table, bopping each shinobi girl with the ball until she comes around.”

Below you can find the minimum and recommended requirements, on top of a batch of screenshots.