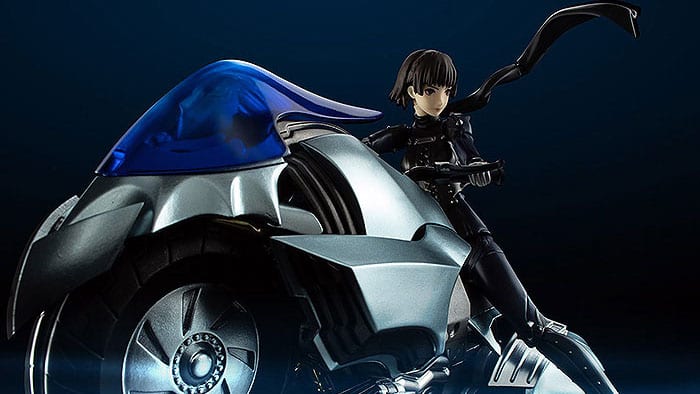 The figure in question is a transforming version of Makoto’s motorbike/persona Johanna, which can be found on retailers like AmiAmi for 19,300 yen which translates into roughly $179.

The price isn’t exactly cheap, but it’s justified by the fact that she does indeed transform into her Persona version. She is also made to fit the scale of Max Factory’s Makoto figma, so you can pair them up if you want.

The release window is set for a rather far May 2020. The sculpting is done by Takao Kinoshita, while the painting of the prototype was handled by Yoji Hayakawa.

Presenting a new action figure that transforms from Persona to Ultimate Persona form, created under supervision of character designer Shigenori Soejima. No additional parts are needed for transformation; aside from the removable engine block, the entire figure is transformable. Additionally, the separately-sold figma Queen (Released by: Max Factory) can be displayed riding it.”

She measures approximately 185 mm in length while in motorbike form, while she becomes 225 mm tall in persona form.