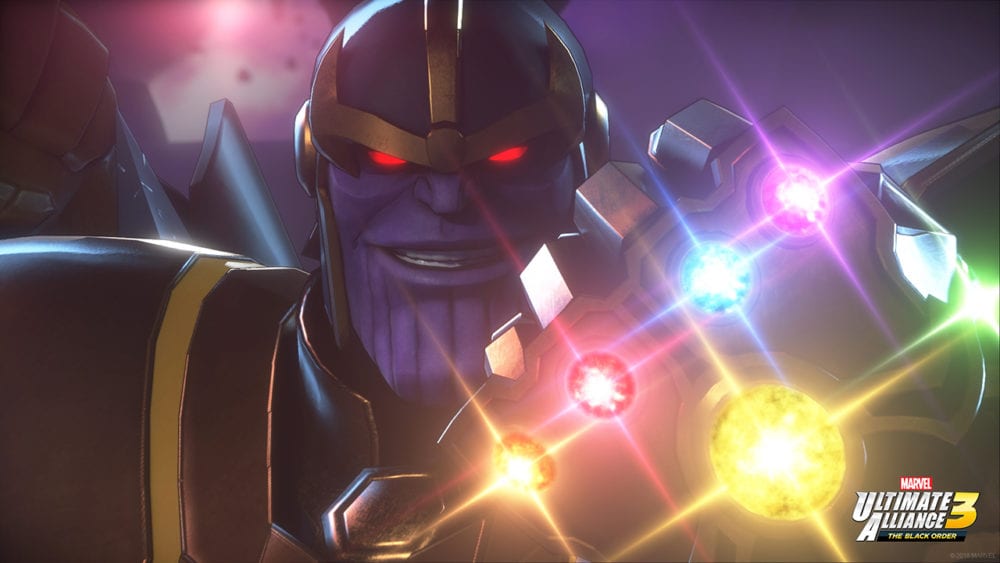 How to Unlock Thanos in Marvel Ultimate Alliance 3

First things first, before you can even think about unlocking Thanos you need to completely beat the story. This means playing through on either Friendly or Mighty difficulty and seeing the credits roll.

Once you’ve done that head over to the Infinity Trials and you’ll notice a brand new rift, Lambda, has opened. This rift has the hardest challenges in the entire game, and at the end is a level 65 battle with the entire Black Order and other bosses, with a playable Thanos as a reward.

Now the problem is that you first have to make your way through the entire Lambda map before you can even take on the final battle. There are two options here.

You can play through the trials on the left or right side of the map and use that to advance up, or you can play the middle trials by finding their rifts in the story mode, but you’ll have to play through on Supreme difficulty.

It’s definitely going to take a lot of work to unlock Thanos, but hey the Mad Titan is worth it, right? He’s easily the most powerful character in the game and starts at level 65, so nothing can stand in your way once you have Thanos on your team.