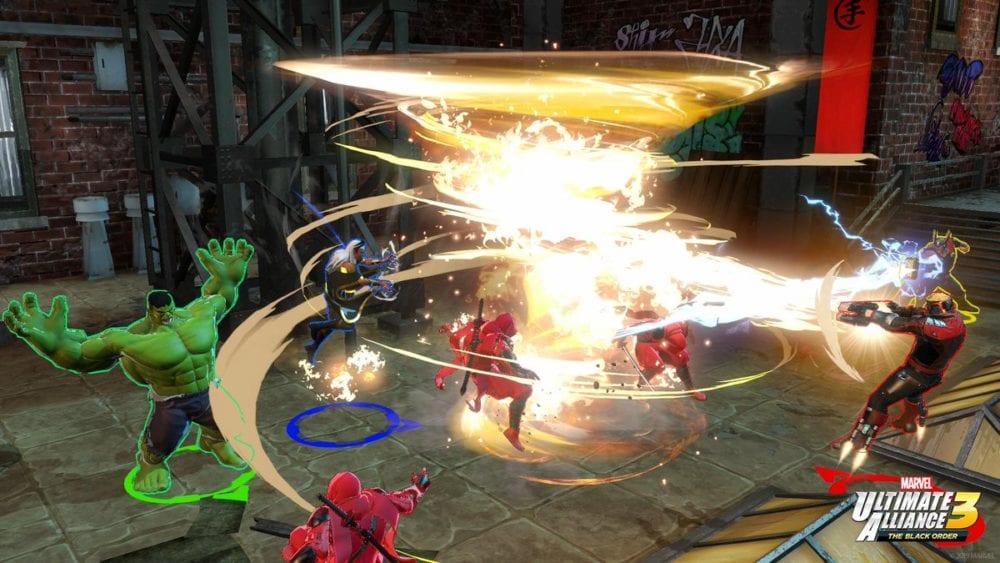 Synergy attacks are character abilities that can interact. This can be activated simply by having two characters use their abilities at the same time.

For the single-player version of this ability, all you have to do is hold down ZR. Doing so will open a quick menu.

You’ll see all four of the character’s abilities appear on screen in the new menu. After seeing the abilities, you can execute the attack by pressing the right face button while still holding ZR.

Once you do, the game will automatically choose whichever hero you are next to, combining the attack with them accordingly.

Executing Synergy attacks in co-op isn’t entirely too different. Simply stand right next to whichever player you’d like to use synergy with and make sure you both activate your abilities at the same time.

Now that your working as a team, the Black Order has no chance of success. That is everything you need to know about how to use Synergy Attacks in Marvel Ultimate Alliance 3.

For more helpful tips, tricks, and information be sure to check out our ever-growing wiki guide for the game. You can also check out our scored review right here while you’re at it.