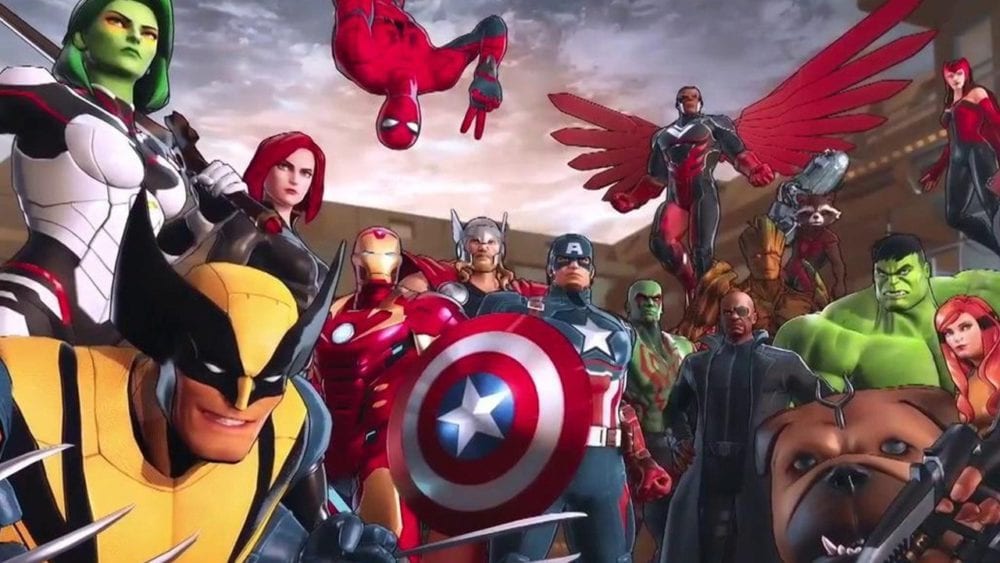 Marvel Ultimate Alliance 3 is filled with iconic heroes and villains to choose from, letting you build your very own dream team to take on Thanos and the Black Order. Of course, with over 30 different playable characters it can be hard to decide who you want to play as. Luckily, we’re here with some recommendations on the best characters to play as in Marvel Ultimate Alliance 3.

Before we go on, keep in mind that all of these characters are simply recommendations, and there’s no wrong choice you can make in terms of who to play as in Marvel Ultimate Alliance 3. Every hero is at least proficient, but with that said, there are characters we can recommend as being easier to play as, or more powerful right off the bat. Let’s jump in.

Best Characters To Play as in Marvel Ultimate Alliance 3

Magneto might just be the best character in Marvel Ultimate Alliance 3, and he’s an essential pick for any team you might play as. The reason Magneto is so useful is because of the way he can draw enemies in with his magnetism.

The character’s heavy attack and certain abilities, like Fatal Attraction, will draw enemies into the energy Magneto creates, setting up the perfect opportunity for other heroes to combo. This is especially true with Magneto’s Extreme attack, which sucks in enemies in a large radius, and when paired with other Extreme attacks can be absolutely devastating.

Past all this, Magneto has really high Mastery, meaning he can cause some serious damage with his abilities, which also hit a wide area. He may not have the range that other long-range fighters in the game have, but his damage output more than makes up for it.

The Merc With a Mouth brings all of his skills and quips to Ultimate Alliance 3, and he’s one of the best melee-focused heroes in the game. Deadpool plays similarly to characters like Elektra or Gamora, but he’s just a bit stronger than the other sword-wielders.

Deadpool’s teleportation abilities make him super useful for darting around the battlefield, and his double-jump covers a lot of ground quickly. His Slice & Dice and Katanarama abilities can also hone in on enemies quickly, and cause a lot of stagger damage

His Eat Lead ability is great for causing a ton of damage quickly, especially while an enemy is staggered, and it can easily be combined with other heroes for a Synergy attack.

There are two other aspects that make Deadpool a good choice, the first of which is his ridiculously high durability. He can take a beating with the best of them, which is useful during those long boss battles with a lot of damage. Making matters even better, Deadpool is one of the few characters in the game with Healing Factor, making his health constantly regenerate.

Loki already starts at level 45 when you unlock him, meaning he’s got quite the stat boost to start with, but the character simply does a ton of damage no matter how you look at it. Loki favors Mastery and Resilience for his stats, which ties into his heavy damage-dealing abilities.

Dark Magick is Loki’s most useful ability, as it fires three magical orbs that track enemies. When you’re fighting some of the more hectic battles, it’s incredibly useful to have an ability that’ll lock-on and automatically hit enemies.

Deep Freeze causes massive damage right in front of Loki, and is the perfect ability to use on a staggered enemy, while frost Illusion and Mystic Vortex hit over a wide area.

Loki is best to use against enemies and bosses that are melee-based rather than magic-based enemies, as his Mastery skills will help him cause tons of damage.

Hawkeye is one of the most powerful ranged heroes in the game, partially because his range is simply crazy. Hawkeye can hit enemies from across the battlefield, letting you keep him out of danger and support other heroes while they take the aggro.

Hawkeye has pretty quick attack speed, and even better news is that he can use Synergy with practically every hero in some way or the other. This makes him an easy pick for any team, as he’ll be able to team up with anyone and everyone.

Scattershot is a particularly useful ability as it covers a wide area with explosive arrows, and if you use it as a Synergy attack it can do even more damage. Hawkeye is an all-around character in terms of stats, so he won’t die too quickly no matter what foe you’re going up against, and his Piercing Shot is good for taking down enemy stagger gauges.

Hawkeye is the penultimate ranged character, so he’ll fit in well anywhere.

Luke Cage’s most useful feature is how fast he can break the enemy’s stagger gauge, something that his abilities support well. Harlem Express is entirely based around breaking stagger gauges and can take down nearly a third of a gauge with just one hit, even for a boss.

Once staggered, Old School Action can unleash a flurry of blows at an enemy to cause some serious damage. His other two abilities, Power Slam and Chain Gang, are primarily used for crowd control.

While Luke Cage has plenty of Strength, as you might expect, the bulletproof man’s best stat is Durability, which translates to hi having high defense.

When coupled with his gauge-breaking abilities, this makes Luke Cage a valuable character to have during boss battles.

No surprise here, in terms of raw power you can’t beat the Hulk in Ultimate Alliance 3. If you need a hero that’ll rush in and wreak havoc, that’s the Hulk.

In terms of sheer melee damage, Hulk is the strongest character in the entire game and even his basic attacks can hit multiple enemies at once. His heavy attack is particularly useful, though, as Hulk rips the earth in front of him, causing damage in a line.

All of Hulk’s abilities are built around causing as much damage as possible, in as wide an area as possible. Hulk Smash and Gamma Slam cause huge damage in an area and can blow enemies off their feet. Meanwhile, Thunder Clap causes the most damage and is the easiest to use as a Synergy attack.

Finally, if you keep pressing the button when you use Unstoppable Charge you can keep Hulk charging, letting him bowl over enemies across the entire battlefield.

Captain America, true to his legacy, is a great character for supporting your team, and is best paired with melee-focused heroes. First and foremost, you should always be using the Super Soldiers ability when playing as Captain America, as this will temporarily boost the damage your entire team does, and the effect gets even better as you level up the ability.

Captain America has the ability to be a mid-range hero, although he can jump right into the thick of things if need be. His heavy attack has the hero throwing his shield, and the Shield Strike ability does a throw that’ll bounce the shield off of multiple enemies.

The other super useful ability is Absolute Defense which can block practically any attack from any enemy. Needless to say, that’s super useful for those boss battles with tough to dodge attacks. Absolute Defense can also be combined with nearly every ranged attack for a Synergy that has projectiles ricocheting off the shield and hitting a wide area.

Wasp is another ranged character that’s great at causing damage. She may not have quite as much range as Hawkeye, but her abilities, generally, cover a wider area. Wasp’s stats put an emphasis on Master, which is what makes her abilities so powerful. The downside to this, however, is that she doesn’t have great defense, so you’ll want to keep her out of the way of bosses and the like.

Three of Wasp’s abilities can cause shock status to enemies, which will prevent them from moving or attacking for a short time. This is an extremely useful status effect, and if you have Wasp and Spider-Man together you can really stop enemies in their tracks.

Wasp Sting is great for causing quick damage, while Tiny Tornado can hit a group of enemies. Her best skill, though, might be Big Surprise which hilariously drops random giant items onto groups of enemies, like a soda can or even a fidget spinner.

It should come as no surprise that Spider-Man’s greatest strength is how he can web and bind enemies, stopping them from moving or acting. Three of his abilities are built around this idea, with his most useful being Webspinner, which you can use to pepper enemies from a distance.

When Spider-Man webs an enemy there’s a chance that they’ll stay binded for about 5-10 seconds, or until you hit them again. The Spider-Drone ability can bind up to three enemies at once, and this can even work for stronger enemies with stagger bars.

Spider-Man’s other two abilities, Web Crush and Sticky Situation, can hit wide areas and cause a lot of damage, and are also easy to combine with other heroes for Synergy.

In terms of stats, Spider-Man is one of the most well-rounded heroes in Marvel Ultimate Alliance 3, minus his lacking Energy stat.